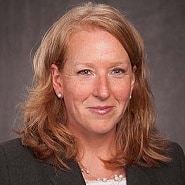 Being an interim CIO comes with an enormous amount of pressure. You’re trying to prove your worth as a leader and develop a strong rapport with the team, often while carrying out a strategic plan that predates your tenure. In Heather Nelson’s case, it also meant competing with external candidates boasting impressive resumes.

So she did the only thing that made sense: treating the job like it was already hers. The strategy paid off, as Nelson officially took on the CIO role this past spring, and is thrilled to be leading the IT team through a period of tremendous growth.

Recently, she spoke with healthsystemCIO.com the organization’s plans to become a “digitally enabled health system,” and the many pieces that are being put into place to make that a reality. Nelson also discusses why vendor management needs to be a collaborative effort, the critical role governance plays in prioritizing projects, why it’s important to be willing to ask for help, and the evolution IT has gone through in recent years.

We need to make sure we’re closely partnering with clinical operations, because they’re the ones that need to lead. They’re the ones who make it work for patients, and so IT has to be there as an enabler.

Let’s make sure it’s going to work before we throw titles and resources at it. Let’s start small and really prove it out and gain a lot of traction. We don’t want to boil the ocean — and we don’t need to.

There are so many shiny objects out there that we could buy or build or implement, but what’s the best thing for the University of Chicago Medicine? That’s where we need to be. And that’s why we have governance.

It’s my role as CIO to make sure I’m staying out in front of what’s going on and bringing learnings back to the organization.

Gamble:  Hi Heather, thank you so much for taking some time to speak with us. Can you provide an overview of University of Chicago Medicine?

Nelson:  The University of Chicago Medicine is an academically-focused health system located on the campus of University of Chicago in Hyde Park. In addition to the academic medical center, we have a children’s hospital and medical school, and we required acquired Ingalls Memorial, a community hospital south of Chicago. So we’ve started our journey on mergers, acquisitions, and affiliations, with Ingalls being part of a newly-formed arm of the medical center. We’re really excited about that. They’ve been a great partner for us in the past, and now that we’re together, we’ll be able to continue to provide high quality care in the south side of Chicago.

Gamble:  That’s very exciting. And you’re part of an ACO as well, correct?

Nelson:  We do have a small ACO, correct. So we’re branching out in that area as well.

Gamble:  I’m sure it’s interesting being in Chicago, which is a hotbed for innovative healthcare organizations.

Nelson:  It is. This past May, we launched our adult level 1 trauma service, which was something our community really needed. We’re proud that we’ve been able to bring those services to the Southside of Chicago.

Nelson:  Yes. We’ve been live on Epic for more than 10 years, with our most recent install being the revenue cycle modules, which was about two years ago. All of our clinicals and financials are on one platform, and we’re in the process of working on our application rationalization strategy for Ingalls Hospital, which isn’t using Epic.

The plan is to bring them over. In the meantime, we’re doing what we can to facilitate interoperability between those systems. As our physicians and care team members go to the Ingalls campus and as patients transfer back and forth, we’re ensuring that the continuity of care is in place, and we have the information clinicians need to care for those patients.

Gamble:  What about the clinics — what are they using?

Nelson:  Epic Ambulatory is fully rolled out at the UCM Hyde Park campus, and we’re going to start that journey at the Ingalls campus next year. They’re currently GE clients.

Nelson:  The big focus right now is growth. We’re prioritizing our clinical service lines and looking at how we can improve access for our referring physicians and make it easier to be a patient here. When you become a health system and cast a wider net, you have a larger patient population to care for; how do you make sure they’re able to schedule appointments and see who they need to see?

In that vein, we’re very much focused on becoming a digitally enabled health system from an IT perspective. We’ve started to build out some strategies around digital health — specifically involving telemedicine, clinical communications, and mobility. One way we’re looking to improve mobile across University of Chicago Medicine is through our branded app. We’ve started that journey over the last several months, and we continue to spread our wings and figure out how that’s going to shake out. The way I see it, IT’s role is to enable those capabilities. And so we need to make sure we’re closely partnering with clinical operations, because they’re the ones that need to lead that. They’re the ones who make it work for patients, and so IT has to be there as an enabler. I partner very closely with our VP of Strategy, as well as our VP of Marketing and Communications. The three of us are working to lead our digital health transformation governance and strategies with our peers in the organization.

Gamble:  When it comes to partnering with clinical leaders, who are the people that really take the reins?

Nelson:  We have an ambulatory chief medical officer, Titus Daniels, MD. He and his teams, along with our associate CMIOs, are partnering with us to think about what those use cases are, and how we’re going to operationalize them. Because it’s really the physicians and care team members who have to catch this technology and make it work for them.

For example, we recently started doing e-visits for a few different disease states. We need to make sure the physicians have time carved out in their schedules to do these visits, and make sure we’re measuring our success along the way. We’ve also implemented Zocdoc for self-scheduling over the past several months. Our COO and his teams were the drivers and sponsors for that. So far, we’ve had great uptick.

Gamble:  So there’s really a strong emphasis on trying to make technology easier for clinicians to use, and enable them to take ownership.

Gamble:  Looking at the digital health strategy, is that something that falls under your purview, or is there a separate individual or department primarily focused on digital?

Nelson:  Right now, we’re still trying to figure that out. There isn’t necessarily one person who has been named. As we implement some of these capabilities, part of our deliverables for this fiscal year is to map out a strategy going forward. With that, we anticipate that as we continue to see an uptick and get some stickiness with these capabilities, it will prove we need to build a team. Leadership is challenging us, let’s try this and make sure it’s going to work before we throw titles and resources at it. Let’s start small and really prove it out and gain a lot of traction. We don’t want to boil the ocean — and we don’t need to. That’s our approach to it, and I think it’s a good approach.

We definitely have a lot of interest. We have individuals across our teams that are very excited about it, and for us, it’s awesome to be able to provide that type of opportunity. At some point, we’ll have someone with an official title; someone who wakes up every morning thinking about digital. In the meantime, there’s a handful of us who are waking up every day thinking about how do we, not boil the ocean, but implement and plan things that are going to be meaningful and yield results.

Because, as we all know, there are so many shiny objects out there that we could buy or build or implement, but what’s the best thing for the University of Chicago Medicine? That’s where we need to be. And that’s why we have governance where we can really focus on that and make sure we’re planning carefully — not only in our execution, but in our budgeting as well as our resourcing from an FTE perspective.

Gamble:  One thing that strikes me is that there are many different interpretations of digital health and what that entails. I would imagine you need to establish very clearly what you’re trying to achieve through these initiatives.

Nelson:  Absolutely — that’s part of our governance. It’s funny; at our first meeting, we went around the table and asked some of our key clinical, business, and operational leaders to define digital health in their words. Although there were some similarities, there were also a lot of different lenses; whether you’re the CMO, the CNO or the head of faculty, all of us have a different lens, which is a good thing. And so the question becomes, how do we distill that? We need to look at the projects we’re doing and ask, where do we see ourselves in the next six, 12 and 18 months? What are people hearing and seeing that we need to focus on?

It’s very interesting. And I think the same goes for the word ‘innovation.’ If you asked 30 different people what it means, I think you’d get 30 different definitions.

Gamble:  Absolutely. Another area I wanted to touch on is the CIO’s role in engaging with leadership, and how it is evolving. What are your thoughts on this? How do you approach these types of conversations?

Nelson:  It’s my role as CIO to make sure I’m staying out in front of what’s going on and bringing learnings back to the organization for us to think about. I think it’s really important to have a seat at the table. From my perspective, I’ve seen the evolution of IT being treated as an afterthought, to having a seat at the table. That’s been really helpful, especially in partnering with the strategy office and the network development office, as well as the COO, the CMO, and the CNO. We see each other as peers, colleagues, and trusted confidants, and so establishing that level of credibility and trust is really important.

Folks tend to look to IT for answers. Sometimes we have it, sometimes we don’t, and we need help. We need collaboration. Of course, I appreciate that my teams are seen as consultants and invited to talk about what we should be focused on and what we should be thinking about. Should we look at this vendor for clinical communications? Should we look at this vendor for image sharing? For us to be able to come to them with options is very important. Being in IT for quite a while, I’ve seen that evolution, and I know that having a seat at the table right from the beginning is critical.