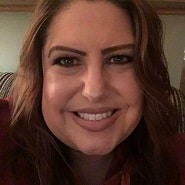 There’s a famous scene from the hit show, “I Love Lucy,” where Lucy and Ethel are on an assembly line wrapping chocolates. At first the chocolates come through the line slowly; then, the foreman decides to speed it up. Soon we see Lucy eating the chocolate, stuffing it into pockets; anything to get rid of the ones she can’t wrap quickly. Can you relate to this? I know I certainly can.

At OhioHealth, we went live with Epic at seven of our hospitals and ambulatory practices over the course of one year, including a “big bang” go-live that included bringing up labs as well. During the go-lives, anyone and everyone was able to place requests for optimization that were tabled for post-implementation work. Guess what happened? Yes, Lucy and the chocolate factory. Anyone and everyone did indeed submit them — as a result, we were faced with prioritizing 1,800 requests.

For the provider vertical, I began sorting out the requests by application, then specialty, and created ticket trackers for each. After sorting them out, we were left with 800 provider requests. Our Physician Envoys became the leadership for our providers in the governance structure, approving or denying the requests by committee. It’s three years later, and we are still working through the pile.

Eight hundred requests from providers alone is a lot. The requests ranged from, “I want the banner to be purple,” to “Can you auto check my ibuprofen?” In order to hopefully prevent the same pain for any of you, I’m going to share some of our lessons learned.

I’m sure we’ll continue to learn as we develop our new model, and I’ll share those lessons as well. For now though, back to the assembly line — those chocolates are not going to eat themselves.

Katie Foster is System Director of Provider Informatics for Ohio Health, where she has held various roles since 2012. Previously, she worked as an ER Nurse for Nationwide Children’s Hospital and Licking Memorial Health Systems.