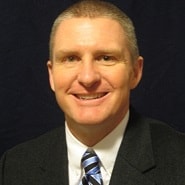 It was announced at the ONC summit in August that an initial connection between CommonWell and Carequality had been established. However, this long-anticipated connection wasn’t generally available — until last week. Now, provider organizations connected to either CommonWell or Carequality can freely share patient records with little to no effort.

“Interoperability” of the Past

Vendors have been posturing around interoperability capabilities for many years, but the truth has never been particularly rosy. Historically, the only options were to either connect to an HIE or create one-off, custom connections. Both methods involved manually building point-to-point interfaces that could cost large amounts of money and required ongoing maintenance.

As a result, some organizations with many financial resources and a lot of determination were able to establish the connections they needed. But by and large, patient-record sharing was spotty.

Epic was the only vendor to move past the traditional approach and create a mechanism allowing for the almost automatic exchange of data with other organizations. This worked really well for sharing with Epic customers, but to exchange with other vendors, organizations had to resort to manually creating interfaces like everyone else. As a result, Epic-to-Epic data sharing was mostly dismissed by the other vendors but was a capability they did not match.

At HIMSS 2013, CommonWell Health Alliance was announced as the solution to interoperability. However, it was mostly seen by the provider community as a marketing ploy to combat the Epic-to-Epic data sharing.

A year or so later, Carequality was announced and was likewise dismissed by providers as a ploy to counter CommonWell. Few providers KLAS spoke with expected much to happen from these entities.

CommonWell and Carequality took different approaches, but both promised to create a vendor-neutral platform and enable nationwide patient record sharing. CommonWell was to create a single network for disparate EMR vendors, while Carequality planned to be a framework that connected networks to each other.

It was not obvious which approach would work, so vendors chose sides — except for athenahealth and eClinicalWorks, who connected to both entities.

Both CommonWell and Carequality officially worked to move records from one EMR to another; there was no winner based on technical capabilities. The big difference came down to provider adoption.

A large number of organizations began to connect to CommonWell. However, they joined one at a time. Too often, the other important provider organizations in their geographic areas had not connected. So, while CommonWell did allow the exchange of data, for many providers, there was no one to exchange with.

Carequality would have faced the same issue, but Epic was able to get the vast majority of their large, health system customers to connect. For an organization who connected to Carequality and had a big Epic shop in the area, there was a very high chance of connecting with that shop. This created instant, known value to the connection.

Now that CommonWell is connected to Carequality, it means this Epic data is available to almost anyone who wants to connect, with little or no cost or effort.

Access to Epic data is exactly what was talked about by the initial sites that tested the CommonWell-Carequality connection. Ironically enough, Epic’s intra-operability, which was initially dismissed, will likely be the catalyst that pulls widespread patient-record sharing forward.

I have talked a lot about Epic, but it would be a miss to not call out athenahealth, which has been successful in connecting nearly its entire customer base and has connected to both CommonWell and Carequality.

All but two of the other major EMR vendors — athenahealth, Cerner, CPSI, eClinicalWorks, Epic, Greenway Health, MEDITECH, NextGen Healthcare, and Virence Health (formerly GE Healthcare) — have customers connecting. At this point, Allscripts and MEDHOST have yet to connect to CommonWell or Carequality. However, Allscripts has committed to connect and expects to do so next year.

While all of these vendors have connections to this national network, only athenahealth and Epic customers have connected en masse; each vendor has more than 90 percent of their customers connected. Cerner is next at around 35 percent. Many other vendors’ customer bases are just getting started.

Some organizations may wonder what’s required to connect. KLAS addresses these questions in our Interoperability report.

The main thing organizations need to do? Make a decision. The sooner organizations jump on board, the greater the value they’ll receive from connecting. We still have work to do to realize the full potential of the CommonWell connection to Carequality. But KLAS believes the value will be significant, and it will help patients and providers throughout the US.

This piece was written by Coray Tate, VP of Clinical Research at KLAS Enterprises. For information about KLAS, click here.