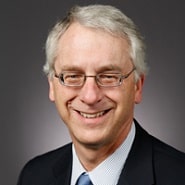 These days, there are lots of places you can go to learn about trends in the digital health market. Over the years, the Connected Health Conference has consistently lived up to a reputation of being the place where a balanced view of the industry is presented, giving the audience a clear roadmap of what to expect and prepare for during the next 18 to 24 months. As program chair, I admit to being biased, but I’d say this year was no exception.

One striking observation was how this year’s theme, “Balancing Technology and the Human Element,” served as a loom, allowing us to weave the conference together, creating a single tapestry. That tells me we’re reaching an inflection point with the adoption of technology in healthcare, as more automation creeps in. Both consumers and providers are concerned about how technology is altering their relationship with one another. For example, as we see more concrete examples of artificial intelligence, there are corresponding fears – fear of job loss (or at least a loss of job satisfaction on the provider side), and fear of a more impersonal, less human relationship with the doctor on the consumer side. This is expressing itself as a trend toward more attention given to design, and a more thoughtful user experience.

Another observation from the conference is that we’ve crossed the threshold of thinking about a digital health strategy to actually executing one. A digital health strategy has become a stay-in-business requirement for both payers and providers. This, despite the fact that reimbursement is still evolving, the technology itself is still evolving, and adoption varies significantly. Everyone is all in.

The reason? Individuals who are mostly healthy expect a high-quality digital experience when they consume any service — and why should healthcare be any different? Both providers and payers covet this demographic, and are marching forward with a digital strategy as a way to capture as many of these folks as possible and to keep up with their competition.

During the conference, I had the pleasure of interviewing Dr. Harold Paz, Chief Medical Officer at Aetna, whose comments largely confirmed these trends. This, of course, is all music to my ears. But, it’s worth mentioning because, as you may recall, we went through about a decade when healthcare executives looked at digital health with a good deal of healthy skepticism, and suddenly it seems like no one is skeptical anymore.

One of the more fun sessions was a debate between colleagues Andrew Watson and Ateev Merhotra (moderated by Partners HealthCare Chief Digital Health Officer, Alistair Erskine) on the value of telehealth. Watson (taking the position that telehealth is cost-effective) spoke from experience and as a telehealth visionary, but I daresay Merhotra had more hard data to back up his position that cost-effectiveness evidence is lacking. At the end of the debate, the audience was firmly in Watson’s camp, confirming that we’ve crossed that threshold from skepticism to execution.

The technology is coming along. This was in evidence everywhere: from FCC Chairman Ajit Pai’s keynote about initiatives to get broadband to all citizens (I am particularly enthusiastic about 5g), to a panel I had the honor of moderating on the state of IoT in healthcare (the state is quite healthy, to steal a pun), to the parade of exciting startups in our annual “HealthTech Standout Competition.” With so many people working on better ways to integrate wearables, more compelling, engaging software, and better security without added complexity, the future of digital health is bright from a technology perspective.

Another key observation was that the companies that exhibited at the conference are maturing their offerings. There are enough mature products and services – and enough of a sense of the market in 2018 – that we have a mature exhibit floor. Those exhibiting are refining products, preparing them for scale and getting ready for the bump in activity that will come with new reimbursement codes imminent in the next couple of years.

Also on the exhibit floor, the Innovation Zone showcased corporate and academic innovation centers, accelerators, incubators, and portfolio companies. This was the place for entrepreneurial healthcare providers, market-leading tech and medical device companies, pharma and biotech leaders, startups driving healthcare consumerization and organizations fueling the innovation economy to meet, network and create opportunities. This kind of collaboration would have been unheard of just a few years ago.

Yet another sign of maturity is the American Medical Association’s (AMA) involvement. Just five years ago, digital health was barely a blip on their radar. Now, in addition to a strategy for improving reimbursement, the AMA is offering physicians tools to help them adapt to the new digital world. One example is the Digital Health Implementation Playbook, which was launched at the conference. When the AMA gets behind something, it is going mainstream.

Another indicator of the mainstreaming of digital health was the strong showing of providers, both in attendance and as presenters. We also received kudos for the number of women speakers featured throughout the program, as well as patients participating in several panel sessions. This is a testament to the high caliber of women executives, entrepreneurs, and providers who are helping to lead the charge toward the future of technology-enabled health and wellness. At our closing session, we had a blockbuster panel of women, discussing the future of care delivery, noting that how well we succeed in taking advantage of technology to solve the challenges of healthcare will depend, in part, on its symbiotic integration into human-centered care. It was a dynamic and inspiring discussion to end the conference.