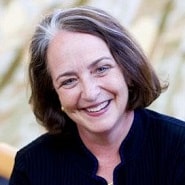 We often hear people say, ‘timing is everything.’ For Dana Sellers, that seemed to be the case, as she co-founded two companies — Trinity Computing and Encore Resources — at the time when they were most needed in the industry. But while timing is certainly important, it’s not everything. During her career, which spanned more than three decades, Sellers demonstrated an uncanny knack for leveraging her knowledge and industry relationships to be able to anticipate what’s coming down the pike.

Recently, healthsystemCIO.com spoke with Sellers about the risky move of starting a company during a financial downturn, her strategy when it comes to identifying top talent, why strong governance is essential, and what she considers to be the key challenges – and opportunities – for CIOs.

Our challenge was, ‘how do we keep up with vendors and match our skills so that we complement what they do, but we that we can also take advantage of what we’ve learned through our experiences?’

We wanted people who came from different organizations and brought new thinking. We didn’t want to just get stuck in the same way of thinking — ‘We did it this way at Healthlink, therefore we’re going to do it that way at Encore.’

If you get one person who doesn’t match your culture — maybe they think they’re success is more important that the team’s success — it’s like a cancer, and it can affect everyone’s attitude.

People think governance is just a reporting mechanism, but it’s not. It’s the most important way of guiding the project and getting the organization onboard with the changes that have to take place for the project to be successful.

Gamble:  You talked about listening to the market — was that a philosophy throughout your time at Encore?

Sellers:  Yes. If we had a new idea, we would go test it in the market. We wouldn’t just invest in anything. We used the CHIME focus groups, but we also used just personal relationships in the industry. If we were thinking about launching a new consulting service, I’d take a road trip. I’d go and meet with 10 CIOs that I knew, or 10 CFOs, depending on what it was. And I’d say, ‘this is something we’re thinking about doing. Does it make sense?’ We had things that we thought were really good ideas, but they’d say no, and we’d stop right there.

Gamble:  I’m sure that was important, since one of the things you had said you looked for was being able to be nimble. Now, in the early days, what were some of the biggest challenges CIOs were facing? I imagine a lot of it involved implementations.

Sellers:  Yes. In those early days, we were doing a lot of Cerner and Epic implementation, and neither company had as robust an implementation capability or methodology or tools as they do now. And so we were inventing methods and trying to apply those to the next implementation, while at the same time, Epic and Cerner were inventing. Our challenge was, ‘how do we keep up with vendors and match our skills so that we complement what they do, but we that we can also take advantage of what we’ve learned through our experiences?’

Gamble:  It’s so interesting because things were so new — you had vendors who were still going through some learning curves themselves. I’m sure it was a challenge to stay on top of that.

Sellers:  We were all trying to figure it out, and there weren’t enough resources anywhere. Within the first two weeks after we announced Encore, we probably had 100 résumés come in from people who knew us and had worked with us before and wanted to come onboard. So we had a large pool of people right off the bat that we trusted and wanted to bring onboard when the time was right.

As we grew, we wanted to make sure we weren’t just reinventing Healthlink. We needed to be a new company that was up to date with new thinking, new ideas, and new innovations. And so we made a conscious effort to look beyond just those résumés that we knew and trusted, and to make sure that we were incorporating people from a broad spectrum of places.

Gamble:  Sure. And I’m sure it was also important to be able to replicate some of the successful methods once these learnings were reached, and making sure you didn’t have to reinvent the wheel each time.

Sellers:  We did a lot of work, both at the Healthlink and at Encore, to develop methodologies and tools and training so that people could be successful. Everything comes back to the goal of 100 percent referenceability. If you have to figure it out every time, you’re much more likely to make a mistake that you have to fix. And it’s a lot harder to make a customer happy when you have to fix something, than it is if you do it right from the beginning. As I said, we were never perfect, but we were always constantly trying to capture what worked and to teach that to the next teams.

Gamble:  When you talked about casting a wider net as far as the people you wanted to bring to Encore, were you talking about going outside of health IT or just finding people with a different range of experience?

Sellers:  During my time at Healthlink and Encore, we hired very few people from outside healthcare IT. We hired a lot of nurses who had not necessarily worked for an IT department, but they had had experience in a transformation project or something similar. Probably 60 percent of our staff was clinically certified in some way; we had nurses, pharmacists, doctors, etc. Many of them did not come from the IT department per se. But when I said we were casting a wider net, I meant we wanted people who came from different organizations and brought new thinking. We didn’t want to just get stuck in the same way of thinking — ‘We did it this way at Healthlink, therefore we’re going to do it that way at Encore.’

Gamble:  I’m sure it isn’t always easy to find people who are adaptable. I don’t know if there’s a specific way you can tell that — maybe it’s just getting a feel for them.

Sellers:  We invested a lot in interviewing. Some companies will hire with a phone interview, or maybe a Skype interview. We would always bring the person somewhere where we could do a face-to-face set of interviews, including at least one team interview, where several people would have a conversation with a candidate, and at least one person in the group wasn’t there to interview for skills. For example, if we were hiring an Epic person, there’d be two or three people at the table that might know Epic and could ask, ‘how do you deal with this’ or ‘how would you approach this type of problem?’

But then we’d have one person from a totally different part of the company — maybe finance or training — who was there to make sure this person matched our core values. They would look at things like, can this person fit into a teamwork environment? Are they adaptable? Are they innovative? Have they demonstrated that they can play well with others and in a dynamic organization? I think of that person as a guardian angel who protected our company from bringing in people that might have had great Epic skills, but they weren’t the right cultural fit.

Gamble:  I’m sure it’s not easy. Someone can have a really impressive résumé, but it doesn’t necessarily tell you what they can do going forward.

Sellers:  If you get one person who doesn’t match your culture — maybe they think they’re success is more important that the team’s success — it’s like a cancer, and it can affect everyone’s attitude. It’s far better if you prevent it from happening in the first place than if you have to deal with it once it’s started to infest the organization.

Gamble:  Sure. Now, when you look at the conversations you had with CIOs about what it takes to have a successful rollout, I can imagine that although the conversations changed, there were some themes that stayed consistent over the years.

Sellers:  There were. One of the biggest things that I almost demand is strong governance. I don’t care if it’s a little bitty project or a big project — you’ve got to have governance that fits the project.

We did a project one time at Healthlink, and it happened to be the first time we had ever gone at risk. We weren’t at risk a lot, but it was important to us. And so we had set up a governance structure with monthly meetings and written minutes where we would attend and the client would attend. But it wasn’t working. The clients weren’t coming, and people weren’t taking minutes. Decisions would get made and then they’d get reversed the next week because somebody who wasn’t there would change the decision. I told the client, either you get governance in place that’s strong and consistent or we were going to stop work. And I threatened to come up and see the CIO about it; I said, ‘you’re putting your project at risk.’ So they got governance in place.

Gamble:  So it’s something that gets overlooked or maybe is not prioritized as high as it should be?

Sellers:  People think governance is just a reporting mechanism, but it’s not. It’s the most important way of guiding the project and getting the organization onboard with the changes that have to take place for the project to be successful. It’s not just about building Epic. It’s about changing the organization, and you can’t do that without good governance.

Gamble:  Right. Is there anything else that stands out to you as being critical when there’s a major initiative involved?

Sellers:  There are so many things. Governance was always my personal thing that I demanded. But one thing that became really important as we got into the Encore days was, as more and more departmental applications were added to a project — it wasn’t just a data repository anymore; you had to add lab, pharmacy, and all the different ancillary departments — it became impossible to know all of those things. And so you built teams that were specialized. You had a team for pharmacy, and a team for lab, and a team for radiology. Those teams became so siloed and specialized that it was hard to look across the organization at processes that actually followed the patient and data that actually needed to flow across it.

One of the important keys to success we found was that you needed an architect; someone who could be the process transformation person and who sat above those siloes and worked across them to create a patient process and a data flow that made sense for the patient and for the whole organization.