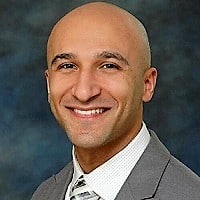 “What you don’t know can’t hurt you.”

There are many instances in which this proverb applies. But when it comes to the growing effort to curb opioid abuse, it couldn’t be further from the truth.

In fact, many believe a lack of knowledge — particularly among physicians — has been a key factor in the spike the United States has seen in opioid prescriptions. Because while providers are certainly aware of the potential dangers of these drugs, what may not realize is how their prescribing patterns compare with those their colleagues.

The good news? It doesn’t have to be this way.

Recently, the Annapolis, Md.-based health system launched a multifaceted initiative to decrease the number of opioid-related deaths, which have been especially prevalent in its own backyard, as well as in nearby states.

And it started with education. By analyzing the data and showing providers how their patterns align with — or, as is increasingly the case, deviate from — those in similar settings, organizations can “shed some light” as to why disparities exist. “Just being able to show them what’s normal is an enormous first step,” noted Lehr.

Like many organizations, AAMC quickly found that “normal” was unacceptable. Here are just some statistics from the CDC:

And then there’s this one, which is particularly concerning:

The average number of days per prescription is now 18, marking a continuous increase over the past two decades. It’s a trend that has to stop, said Lehr. “We realized that as an organization, we really needed to scale back our prescribing.”

Establishing a goal, however, is the easy part. What comes next is achieving buy-in across the organization.

“Whenever you have an initiative of this scope, you have to go about it in a way that builds alignment,” added Lehr. “If we were going to rely on hundreds of prescribers to change the way they’re prescribing, it wasn’t going to happen from one leader making a sweeping statement.”

There was a leader — Barry Meisenberg, MD, Chair of the Department of Medicine — only he wasn’t just making statements. He created a task force with medical directors from each of the highest prescribing areas, working with them to make sure they had the tools they needed to build alignment among the providers.

And it wasn’t just physicians who got involved. In one orthopedic practice, patients were called upon to track their own data and report it back through the portal. Through questionnaires, providers learned more about how many pills patients are taking, for what reason, and how much pain they were feeling.

As a result, providers were able to tweak prescribing patterns to better meet the needs of individuals, while decreasing the risks of opioid dependence.

“We learned a lot through that data,” said Lehr. “It was so refreshing, because it was the patients who were driving what the clinicians were doing, and not the other way around.”

The Role of Analytics

Of course, none of this is possible without having a strong data analytics platform, which AAMC has built over the past few years. In fact, Lehr was originally recruited to spearhead an analytics strategy that could better support population health management. Part of that entailed establishing a clinically integrated network of 750 physicians, the majority of which (about 60 percent) aren’t employed by AAMC, and, as is often the case, utilize different EHR systems.

“We’ve invested a lot in analytics, interoperability, and building our clinically integrated network so that we can collect data on all of the patients participating in our network, manage the referrals back and forth, and analyze that data,” he noted.

As a result, the organization has improved throughput, reduced length of stay and readmissions — a critical factor for one of the busiest EDs in the state — and, most important, serve the community better. “These are initiatives that have shown major positive impacts system-wide wide that we wouldn’t have achieved if we didn’t have the information dissemination platform we’ve built here.”

That includes the opioid reduction program, which he said was, and continues to be, heavily driven by analytics. But it’s not just about numbers, he emphasized. As significant as it is to have decreased opioid prescribing by 60 percent, what’s just as impactful is being able to show that overdoses are decreasing, and patient satisfaction with pain management is increasing.

The reason why this is so critical? When it comes to things like pain following surgery, patient expectations often aren’t realistic, which is where communication comes in. “We need to set realistic expectations,” noted Lehr. “Part of that means telling people, ‘you will experience pain. We can help you manage that pain in a reasonable way, and we’re not going to get you addicted to opioids in the process.”

Finally, as with any major initiative, combating opioid abuse is going to take time. “It’s a continuous work in progress,” said Lehr. “We’re still working on finding better ways to refer people into treatment and identify those who need treatment earlier. That seems to be where the conversation is shifting.”

It’s shifting, it seems, to a place where we now know what can hurt us, and we can do something about it.