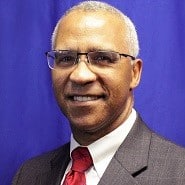 A city partnering with the local health system. Two extremely influential parties teaming up to make each other better, whether it’s by sharing knowledge or sharing equipment. Sounds like a no-brainer, right?

It is — but there are many reasons why it’s not happening. Despite the potential these types of collaborations offer both to healthcare providers (particularly in terms of building a population health program) and municipalities (which can greatly benefit from cybersecurity guidance), there’s still a great deal of hesitancy, and for good reason. Navigating a political minefield and cutting through miles of red tape can be daunting.

“It’s not easy,” said Cletis Earle, CIO of Kaleida Health, who has been working with Dr. Luis Taveras, CIO of the City of Buffalo, to pool resources in an effort to improve efficiency and care throughout the region. “It takes true collaboration of our elected officials as well as our private business partners to work together.” The good news is that the value can be realized fairly quickly, and that it’s scalable, according to Earle and Taveras.

Recently, they spoke with healthsystemCIO.com about how this unique partnership came about, how they’re working together to overcome obstacles, the advice they offer to others, and what they hope to see down the road.

Dealing in the municipal space is a very different world, but you quickly learn how to navigate and work with your partners.

You have to be transparent with your intentions. But you need to be able to communicate that in an effective manner, and be able to be willing to do what Luis did, which was to talk through it to show there are no underlying objectives other than being good neighbors.

The fact that Cletis had established a relationship with city officials and had that level of trust really helped make this possible. If you’re starting from scratch, it’ll be much more difficult.

It’s building all those relationships at the top of the organization, because that’s what’s going to drive it. The key is, it’s not the IT strategy. It’s not Luis’s strategy — it’s the City of Buffalo’s strategy.

Gamble:  I’m surprised we haven’t seen more collaborations like this one. Maybe what it takes is to see how it can be done. Do you think that’s a factor?

Earle:  I do. And there’s definitely a political element associated with it. It’s not an easy thing; it takes true collaboration between elected officials and private business partners to work together.

This is at the board level. It’s at the city council level — different operators throughout the region who are working together make sure this happens. We actually had to change charters. Legislation had to change in order for the City of Buffalo to receive this type of assistance from companies like ours. So it’s certainly not easy, but once it’s done, you can start to see the benefits of the relationship pretty quickly.

Taveras:  For me, it was a new experience — I was nominated and talked about in a public forum, then finally voted on.

Earle:  It was very interesting to be able to watch that progress on television — because all of these nominations are broadcast. All of this is public. Dealing in the municipal space is a very different world, but you quickly learn how to navigate and work with your partners, because that’s what Luis and I are. We’re partners, along with the mayor, and CEO, and many others. We’ll all working together to continue to refine this relationship.

Taveras:  And in a sense, we’re charting a new course, because we didn’t know how this was going to pan out. But we all worked through it together.

Gamble:  Is there any advice you’d offer for others who are contemplating this type of initiative, based on your experience so far?

Earle:  What I recommend, and what I believe to be most important, is alignment among all city agencies. I many cases, it’s not just a one and done. It’s not one person. It’s a collection of different groups and different agencies in the City of Buffalo. Having that alignment facilitated the decision-making process.

The other thing is transparency. Many people assumed there was some type of hidden motivation as to why we were investing so much. We had to come forward and say, ‘we’re trying to do the right thing as an institution, for our constituents and for our patients, to help give back.’ You have to be transparent with your intentions. But you need to be able to communicate that in an effective manner, and be able to be willing to do what Luis did, which was to talk through it to show there are no underlying objectives other than being good neighbors.

Gamble:  In our previous discussions, Cletis, you’ve talked about being involved in the community, whether it’s through school programs or working with the Mayor. Do you think having established those connections previously made a difference?

Earle:  That’s a great point. I do believe that Kaleida’s relationship with Mayor helped establish a level of trust in what we could bring to the table. If I hadn’t been involved in some of those initiatives, I’m not sure I would’ve been well-received in helping to find a great candidate like Luis.

The work we did helped create a profile. And so I’d say that if you want to do something like this down the road, you need to get out into the community. When people see that you’re willing to do right by the community, they become more receptive; they realize that the organization wants to do the right thing, and does not, in fact, have nefarious intentions. That history helped us to work together more seamlessly.

Taveras:  I agree wholeheartedly. The fact that Cletis had established a relationship with city officials and had that level of trust really helped make this possible. If you’re starting from scratch, it’ll be much more difficult.

Earle:  To that point, Kate, it’s about building relationships in all capacities. Through organizations like CHIME and HIMSS, you can get to know some really powerful people in our industry. It baffles me that we were able to get such a high caliber talent like Dr. Taveras to come in — I think that’s what really sold the city council, the mayor, and the controller. It was, ‘Wow, this is the type of talent we’re bringing in to the city of Buffalo. That’s amazing. We’re talking about world-class talent.’

Gamble:  Prior to this, had you ever worked at the same organization?

Earle:  No, we hadn’t. We crossed paths, both being in the New York-New Jersey-Connecticut region, but we hadn’t worked together directly. The New York network is relatively small, so you get to know your powerhouses. When Luis went to St. Barnabas Health Care System [now RWJBarnabas Health], he became very well known in our region.

Gamble:  Very interesting. Luis, as far as your role, it’s only been about six months, but do you feel that the experiences you’ve had, both in and outside of healthcare, gave you a strong background for this role?

Taveras:  Yes, definitely. And it’s amazing to see the similarities. As Cletis mentioned before, technology is technology. The things I’m doing here are pretty much the same things I did as CIO at Hartford Healthcare and at Barnabas. The first three or four months are focused first on understanding the organization, and second on charting a course — a five-year strategy for how we’re going to get from where we are today to where we need to be. It’s building all those relationships at the top of the organization, because that’s what’s going to drive it. The key is, it’s not the IT strategy. It’s not Luis’s strategy — it’s the City of Buffalo’s strategy, and that’s exactly the same thing that I’ve done at every organization.

Gamble:  It sounds like a good plan. Was there anything else you wanted to add about what it takes — and what it will take — to create a partnership like this?

Earle:  This is one more thing. You need to be creative with resources. We have several hundred tablet devices from our VNA fleet that we’re going to give to the city of Buffalo. Our Visiting Nurse Association (VNA) are mobile users, and so as we refresh their fleet, we’re going to send over approximately 400 devices to the city. That’s another advantage to this type of collaboration.

Taveras:  We’ve already started deploying those in the youth centers as well as the senior services centers. They’re also going be used by housing inspectors and by first responders. We’re making great use of these devices. That’s just another win.

Gamble:  Great. Well, I think that about covers it. I want to thank you both for your time, and I hope we can speak again down the road to see how things are progressing.

Earle:  No problem, and we’re glad to connect down the road.