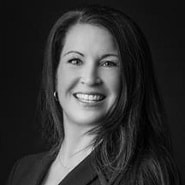 This year, I received the best birthday present I could ever have requested… in the form of a bill. Not one from Visa, mind you, but a piece of legislation. Utah’s House Bill 258, which mandated the reporting of breast density in mammogram results, passed after years of work from countless breast cancer survivors, healthcare providers, and other advocates. I’m grateful to have spent the last five years experiencing the power of education, persistence, and collaboration with some of the world’s mightiest warriors.

While my career has kept me involved in oncology and imaging for many years, the relatively short leg of my breast-density journey began in 2012. While speaking about the upcoming KLAS Women’s Imaging 2013 report at an RSNA event, I met two women who were already changing lives: Dr. Nancy Capello and JoAnn Pushkin.

These warriors were breast cancer patients in difficult parts of their fights, but they had long been engaged in teaching women the lessons they had learned through their struggles. They shared with me the tragic stories of their diagnoses, which they felt had come far too late.

Both women had always been faithful in conducting monthly self-examinations and getting annual mammograms. Nancy’s 2003 mammogram results were listed as “normal” and said that there were “no significant findings.” But only six weeks later, her doctor found a ridge in her breast, and an ultrasound quickly revealed Stage IIIC breast cancer. Similarly, during a self-examination, JoAnn found what proved to be a cancerous lump that had been missed in several annual mammograms.

Both asked the obvious question: “Why didn’t my mammograms find my cancer?” Only after diagnosis did these women learn that they had dense breast tissue — and learn about its impact.

The Significance of Dense Breast Tissue

Most people realize that early detection of cancer can be critical. For women diagnosed with Stage 0, I, or II breast cancer, the five-year relative survival rate is at least 93 percent, but that number drops to 72 percent for Stage III and 22 percent for Stage IV. So if dense breast tissue lowers the accuracy of mammograms, what can women do to maximize their chances for a timely diagnosis? As Nancy learned soon after her diagnosis, supplementing a mammogram with an ultrasound can increase detection from 48 to 97 percent for women with dense tissue. In addition, breast MRIs are estimated to detect about 14 more cancers per 1,000 women than 2-D digital mammography.

The Right to Know

Would the diagnoses and treatment stories of Nancy and JoAnn have ended differently if they had known sooner about the risks of dense breast tissue and the potential impact of ultrasounds and MRIs? I believe so. Their experiences them to conclude that withholding a women’s breast tissue composition from her “is denying her the right to make an informed decision about her breast health.”

By the time I met Nancy and JoAnn, they had dedicated themselves fulltime to advocating to get legislation passed in every state to mandate breast-density notification. Their goal? To ensure that every woman whose mammogram reveals dense breast tissue be informed of that fact by her doctor. Once I understood the importance of this mission, I knew I had to jump on board.

As I walked away from that conference, I thought, “My background is in oncology and imaging. How have I never heard about the breast-density issue before?” But as I began broaching the subject with friends, family members, and even non-radiology physicians, I realized that I wasn’t behind the curve. Even my OB/GYN wasn’t aware of the significance of breast density. I was floored. Clearly, education was sorely needed, and I determined to do everything I could to make sure people were informed and protected.

The Power of Collaboration

Joining warriors like Nancy and JoAnn let me add to a foundation that had largely been built. I shared KLAS’ data about women’s imaging with my fellow warriors, who put the information to good use. In 2014, I authored a report with the help of many KLASmates detailing what each state had done in terms of legislation mandating breast-density notification. It included data on how various vendors were reacting to the new regulations. I also started pushing for my home state of Utah to pass such legislation. Unfortunately, I saw limited success and began to feel discouraged.

Enter Colette Moser, yet another breast cancer patient and warrior. KLAS founder Kent Gale’s wife Eileen introduced us after hearing about Colette’s advocacy of breast-density notification legislation. The timing was perfect; Colette and others had made significant progress through their lobbying, and House Bill 258 on Breast Density was up again in the Utah House of Representatives.

One reason for Colette’s success was that she had taken the time to reach out to countless people about the breast-density issue and was working with a strong army. Although doubts remained among some, we learned that most providers were in favor of the bill, and we took advantage of that knowledge. It was invaluable to be able to share the provider perspective — drawn from a range of physician and organizational experiences both in and outside of Utah — with government representatives.

With rekindled passion, I joined Colette’s group of warriors for Utah legislation and recruited Nancy to our cause. Our renewed efforts to educate the Utah Senate included KLAS’ Women’s Imaging 2015 report and stories of breast cancer patients though social medial, email, and written letters — sent in pink envelopes, of course.

Then in early 2018, our group learned that House Bill 258 was about to be heard. Colette asked if I would write a letter to be read at the Utah State Capitol. I scrambled to prepare it, and our warriors rallied for additional patient and family letters to add to the stack. On February 26, the letters were read and distributed to the state’s committee. To our relief, the day ended in a victory — but we would need at least one more. While the bill passed at the House, it had to then be added to the Senate’s consent calendar for March 1.

More than five years from the beginning of my journey with breast density, the second victory came. The Bill was passed, and on March 19, it was signed into law by Governor Herbert. My long-awaited birthday present included standing and rejoicing with my fellow warriors as Utah became the 32nd state to pass a breast screening reporting law.

All Hands on Deck

Because one in eight women will be diagnosed with breast cancer, it’s no surprise that nearly all of us know and love someone touched by this disease. Since we all will be affected, we all must get involved. One reason that Nancy, JoAnn, and Colette inspired me so much was that none of them had clinical backgrounds. They shouldn’t have to lead the charge toward mandatory breast-density reporting, but they’re doing it anyway because they know it’s important.

Despite the labors of these and other tenacious warriors, plenty of work remains. More than a dozen states still haven’t passed laws mandating breast-density reporting, and far too many women are still unaware of the issue. Each of us can get informed, spread the word, and become an advocate. Physicians in particular have the perfect audience and a unique opportunity. I issue this challenge to my provider friends, especially OB/GYNs and primary care physicians: use your time with patients to educate and empower them in the area of breast density.

Each woman must captain her own healthcare ship. However, she’s unlikely to stay afloat without an entire crew of friends, family members, and healthcare providers. I hope each one of us can gather our own crew and be willing to be part of others’ crews when we’re needed. Then perhaps more of our beloved breast cancer warriors will live to fight for much, much longer.