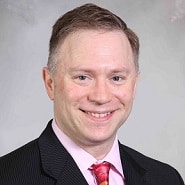 In a complex healthcare environment where the expectations for leaders are constantly expanding, there’s a requirement that often gets overlooked: self-awareness. Not self-doubt, but awareness — the willingness to take some time to assess yourself and your organization, and make sure you’re doing what you should be doing. For Tim Stettheimer, it was that precise thought process that led him to his new role as VP of Education with CHIME, and he couldn’t be more excited.

In this interview, Stettheimer discusses the vision he and his team have to create “a path for leaders,” the tremendous value he sees in expanding educational efforts across the globe, and why it’s critical for CIOs to be “true believers.”

I want to look at every venue, every delivery method, every way in which we can bring benefit to members.

In some ways it’s an extension of what I was already doing. It hits a passion point for me, which is leadership development, mentoring, coaching, and helping both myself and others get better at what we do. It hit all my sweet spots.

It starts with self-awareness. You’ve got to have time to breathe as a CIO so that you can assess yourself and your environment, your organization, and make sure you really understand what you need to be doing. You have to be willing to accept that there may be an organization or opportunity where you could do more

I can’t fathom how anyone can do the CIO job by himself or herself. It can be an extremely lonely job if you’re only connected in your own organization.

Gamble:  In terms of educational offerings, are there plans for programs that focus on specific areas like rural health?

Stettheimer:  Yes. Those are what we call specialty programs, and they fall into two groups. One is specialty topic programs. For example, we’ll do a workshop on cybersecurity that’s focused solely on the challenges and how leaders are facing them. We’ve also looked at other topics of high interest, like governance or benchmarking.

And then we have our delivery-focused programs, where we invite leaders from large health systems, rural hospitals, or long-term care to talk about issues that are unique to those settings.

Of course, there are some themes that are common across all environments: core leadership principles, networking, and organizational development. There are common threads through that, which is what we often focus on in our Boot Camps. But the opportunity to create a specialty program is something we’re starting to talk about.

We’re also looking at different types of formats. In the past, we’ve had a tendency to rely on a lecture format or even a panel discussing; we’re thinking about trying a roundtable format where we bring thought leaders together to share best practices. Frankly, I want to look at every venue, every delivery method, every way in which we can bring benefit to members. We haven’t even touched on the online offerings we’re considering. So there’s much more to come. Our list is long, and we hope to move forward in many different areas.

Gamble:  And in addition to the CIO-focused programs, you also have the CMIO Leadership Academy. Can you talk about how that has taken shape?

Stettheimer:  The CMIO Leadership Academy is actually moving into a 2.0 version, which is very exciting. Our clinical executives — including CNIOs as well as CMIOs — are a strong force that has grown significantly within CHIME. We’ve done CMIO Boot Camps in the past; for the first time, we’re going to offer version 2.0; we haven’t even done this for CIOs yet, as a matter of fact. But this is a limited-size group that involves some very creative formats.

Dr. George Reynolds is helping to drive that program — it’s taught by CMIOs. When we first kicked it off, we had some CIOs help teach it, including myself. But now it’s all CMIOs who lead it. It’s a great program incorporating some fun stuff, even pep talks. It’s a pretty cool event.

Gamble:  Sounds like it. Now, looking at your own career, I’m sure the decision to leave the CIO role wasn’t an easy one.

Stettheimer:  It was not. As I was thinking about the next step, I sought a lot of counsel — both from family members (especially my wife), and fellow CIOs I’ve known over the years. I had about six weeks in between the time I left my prior role and when I accepted the position with CHIME. I took about a week to seek counsel, pray, and consider everything before I decided to move in that direction. Sometimes people will seek something new because they want to leave their role. I didn’t really want to leave the CIO; in some ways, I feel like I haven’t, because that’s who I’m working with.

In fact, in my prior role with Ascension I was a regional CIO, so I had CIOs reporting to me, and a big part of my focus was on their development and growth. So I feel that in some ways it’s an extension of what I was already doing. It hits a passion point for me, which is leadership development, mentoring, coaching, and helping both myself and others get better at what we do. It hit all my sweet spots.

Even though I’m committed right now to doing exactly what I’m doing, I don’t know where I’ll be in five years. I may be back in the CIO role, and I’m fine with that. I love the CIO role. But in helping to lead CHIME’s Education programs, I believe I have the opportunity to touch so many CIOs and so many organizations. I’m always also going to have a passion for the CIO role, because that’s who I’m serving.

Gamble:  Are there specific things you’re going to miss about being in the CIO role — and, for that matter, things you won’t miss so much?

Stettheimer:  Those times when my cell phone would go off at 3 a.m. because of an issue in the data center? I won’t miss that. Another thing is that as CIOs, we have the challenge and opportunity to work with a team of executives, including the CEO and CFO. In my role as regional CIO, I had about a dozen different CEOs and CFOs that I worked with. And as you can imagine, different executives can have different views about the direction we needed to take organizationally, and so it was tough to drive initiatives forward. I love the fact that in my current position, I have clear direction on what I need to do right now, which means things can move faster. As a CIO, sometimes the waters you navigate are a little choppy, and it can take a lot of work to make sure your boat doesn’t sink. It’s not easier, but it’s a clearer path right now for me.

Gamble:  As someone who spent well over two decades as CIO and is now charged with putting together educational programs for this group, what do you believe are the key attributes will need to continue to drive this industry forward?

Stettheimer:  That’s a great question. Actually, there’s a shortlist I always land on, and it starts with self-awareness. You’ve got to have time to breathe as a CIO so that you can assess yourself and your environment, your organization, and make sure you really understand what you need to be doing. You have to be willing to accept that there may be an organization or opportunity where you could do more, because it fits better with your values, or your career goals. For example, directors will often ask me how they can make the move to CIO, and I tell them that a lot of the time, it means leaving the organization. Because if you really want to advance in your career, you have to find the place that best matches your current skills and your passion.

I was at Ascension for 15 years, which in this industry is an exceptionally long time. CIOs tend to move around more than that, and some of it is because there’s a self-awareness in how we fit in an organization, and a willingness to find the organization we can best lead. I have so many CIO friends who are starting new roles for that very reason.

Health organizations right now are in such a dynamic state of flux. They are morphing in so many ways, some with new leadership, some with mergers and acquisitions, some with divestiture. Some that are considering whether they want to be in a particular part of the healthcare business. CIOs have to go through the examination process with their organizations, because you want to be successful, and sometimes that means the person you’ve been developing is ready to step into that seat, and you need to find your next role.

The second is relationships. I can’t fathom how anyone can do the CIO job by himself or herself. It can be an extremely lonely job if you’re only connected in your own organization. And so the relationships you form with other CIOs — whether that’s through CHIME or through a local organization — are critical. We have to support each other and be present for each other.

That’s also true for other informatics leadership roles. I don’t know of any CMIOs and CNIOs who don’t connect with colleagues at other organizations roles regularly — even daily, because everybody is trying to constantly check to make sure you’re on the right course. And that’s not to diminish internal relationships; those are huge as well. It’s the only way to get anything done.

In fact, the majority of your time should be spent on forming and growing relationships with the team you’re part of as well as the team you lead, whether it’s coaching, leading, guiding the vision, or providing your teams with the tools they need to deliver across the organization. That’s the majority of your time as a CIO. If it’s not, you probably some extra help. Because if you’re focused 80 percent on operations and just keeping the lights on, it’s not going to leave you space to work on the relationship side, which is also critical for strategy. And that’s the top job for any CIO — we have to look ahead and help make sure the organization’s business strategy is supported by and matched up with the opportunity that technology can bring.

Gamble:  And I imagine with everything that’s being asked of CIOs, it’s so important that you’re bought in to what the organization is doing, and that it shows in how you conduct yourself.

Gamble:  When there’s so much to be done, having that passion seems like it can made a big difference.

Stettheimer:  It can. And I’m excited to take on that role of evangelist and get people excited about the direction in which healthcare is going. All of that change represents true opportunity for leaders who want to make a difference. And that’s what I want to do — help people make a difference.

Gamble:  Well, that about covers it for now, but I’d definitely like to speak with you again soon, and I look forward to seeing you at upcoming events.

Stettheimer:  That would be great, Kate. Thank you.