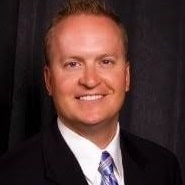 Recently, I wrote that the EHR usability conversation has taken on an increasingly global nature. While I don’t think places like Australia, the Middle East, or Singapore would necessarily look at the US as being “better” at digital health, I think they would likely agree, at the very least, that we’ve been at it longer.

With time comes experience, and I sincerely hope other countries are able to learn from America’s. We’ve had several far-flung organizations join our Arch Collaborative effort in order to see how they compare. Many health systems outside the US are looking at the initial paper-to-digital transformation of their care. I think looking at successes from sites in the US can teach some pretty solid lessons, especially since many organizations here have begun moving into their second, third or (on rare occasions) even fourth implementation of an EHR. Making that many changes to a core IT system undoubtedly breeds some failures and best practices that can and should be shared.

As an example of something I’ve come to know as we’ve parsed out these best practices: I think providers would do themselves a huge favor if, during an RFP, they asked, “What kind of guidance can you (the vendor) give around the successful implementation and user-adoption of your product?”

Even the health systems that have swapped EHRs the most have only done so a handful of times. The vendors themselves, however, do implementations of their products regularly and are — or at least, should be — experts on the dos and don’ts of implementation, training, and governance. Vendors that are unwilling to partner with providers in producing a strategic vision of EHR success may deserve extra scrutiny before a contract is signed.

Thankfully, for those who are currently feeling as though they’ve been left to play a “choose your own adventure” game with their EHR, the Arch Collaborative helps deliver best practices and form connections between struggling providers and their counterparts who have the answers to their problems.

Typically, the conversations between these struggling and successful organizations follow a common string of questions:

It’s a fair list of questions for those implementing an EHR to consider, and we have been able to capture best-practice answers from organizations all over the world. Whether it’s from experience or bad press, there aren’t many clinicians who believe that the EHR can currently enable and improve patient care.

Ironically, that’s what gets me the most excited about this work. We’re not left just waiting for your EHR vendor to send the next “silver bullet” patch or update. Instead, we can dig into real data and look at how the Collaborative has solved problems, regardless of the EHR vendor under contract.

And here’s some good news for us stateside folks: learning is by no means a one-way street! Recently, I had the chance to sit in on a webinar where Rachel Dunscombe, a CIO on an Allscripts platform, taught other users some of her best practices at Salford Royal NHS Trust in England. This was particularly impactful, as Salford Royal was benchmarked as one of the most highly satisfied organizations in the Arch Collaborative.

Surprisingly, much of what Rachel discussed centered less on trying to build a better EHR, and more on human solutions to what many have assumed was a technological problem. In fact, as we’ve gone deeper into the technology of the EMR, we’ve found more and more solutions that point to the humanity of the tool’s problems.

Nobody’s saying vendors don’t have milestones they must reach in building the best EHRs possible, but I love seeing that we can look at the human element of healthcare IT and work on solutions.

In the end, it makes sense that in an industry that centers on the human condition – healthcare – would necessitate human solutions, even in the implementation and usage of the tools supporting patient care.