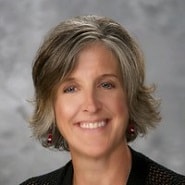 One of the most important components of the CNIO role is to help steer the organization toward standardization without negatively impacting the user experience. It can be challenging in any situation, but when you’re dealing with a merger that’s created a 50-hospital experience, the stakes become even higher. Fortunately for Providence St. Joseph Health, it’s an area Nancy Yates knows well. In fact, ensuring that nurses and physicians have the tools they need to deliver care has been a passion of hers for years.

In this interview, Yates talks about the strategy her team is employing to move to an integrated EHR platform, which includes applying lessons learned to subsequent rollouts, involving informatics in usability discussions, and striking the right balance in being nimble. She also discusses the digital rounding initiative that’s become a game-changer, the mobility platform her team hopes will improve interactions between nurses and patients, and the advice she offers for aspiring nursing leaders.

We’re trying to optimize across those three different instances and deliver the same outcomes to our caregivers and patients. And it’s very, very complex to do so, because all three instances were implemented at different times with different decision making, and so it’s been a challenge.

Our focus is always on usability and efficiency, and making sure that what we’re doing saves clicks versus creating clicks.

Part of the role of the CNIO and CMIO is to drive toward a system standard. Because in an organization as large as ours you have to have standard platforms, and you can’t scale best practice tools when you’re doing it 10 different ways.

It’s hard to implement at scale in an organization as large as ours. People get frustrated because you don’t move fast enough. You have to have a vendor who’s willing to partner with you and tweak as you go and be nimble, but again, be driven toward a standard.

Gamble:  I think the best place to start is to get a high-level view of the organization. I know Providence St. Joseph Health was formed as a result of the merger, but give us a little bit of information about the organization.

Yates:  Providence St. Joseph Health is a 50-hospital system that spans both hospitals and ambulatory care. We provide the whole continuum of care for patients in Alaska, Montana, Washington, Oregon, California, and Texas. We have a very broad geographic span on the West Coast.

Gamble:  In terms of the EHR environment, where do the hospitals stand at this point? Are they on a same system?

Yates:  All of the legacy Providence hospitals — and that’s 35 hospitals — are on the Epic platform, and within that, we have three different instances of Epic. Swedish Medical Center, which is part of our health system, is on their own instance of Epic, and then Kadlec Hospital in Pasco, Wash. has their own version, but we’re in the process of moving everyone to the same instance of Epic.

As far as St. Joseph’s, all the legacy hospitals are on a Meditech platform, and they use Allscripts in their ambulatory space. We are fully deployed on Epic in both acute and ambulatory and are beginning to roll out the Epic Home Health platform and all those other components, but the plan is to move everyone to the Epic platform in the next three to five years.

Gamble:  I can imagine the planning that has to take place for a project of that scope.

Yates:  It is huge. We are in the process of kicking off what we’re calling our instance alignment work. The plan is to look at Swedish and Kadlec and identify those things uniquely different that they have in their build that would be showstoppers for them (i.e., around patient safety or revenue cycle). We’ll build those components into the Providence instance, redeploy that across all of the Providence hospitals, and then take that particular Providence St. Joseph Health instance and roll it forward to implement across all of the St. Joseph hospitals and ambulatory clinics.

Gamble:  It certainly seems like a logical way to do it.  I’m sure the goal is to really get those best practices down and be able to apply them across.

Yates:  Correct. It will be much easier for us to optimize and influence best practice standards at scale when we’re all using the same workflows, the same core build. Right now, we’re trying to optimize across those three different instances and deliver the same outcomes to our caregivers and patients. And it’s very, very complex to do so, because all three instances were implemented at different times with different decision making, and so it’s been a challenge. This will make it much more efficient and effective for us. It’s going to take a lot of work to get us there, but the end result will be much faster optimization. A year from now, we will already be live on the new Epic instance within the Providence ministries, and then we’ll be preparing to redeploy at Swedish in early June. So we only have a year to get this done.

Gamble:  When you talk about aligning instances, what is your strategy for creating workflows that will work for as many people as possible? I can’t imagine that’s an easy thing to do.

Yates:  It isn’t. We look at it from two different angles. Obviously, we need our clinicians and our business office staff who use the tools every day to be a core part of it. So we have a pretty robust governance structure and we have a strong informatics structure as well. We marry up our people who use the tools with our informaticists, who really work with those end users to help them define what problems they’re trying to solve. Then we have a group of people between our informaticists and our analysts that we call our “eco team” to design the tools with that end in mind, and we have a chief informatics engineer who is really our design expert and is a physician.

Our focus is always on usability and efficiency, and making sure that what we’re doing saves clicks versus creating clicks. We have a lot of grounding principles that we use that drive our work — we do it in partnership with those who build the tools and we help design the tools, and our end users tell us what they need the tools to do.

Gamble:  When you’re talking about getting input with end users, I’m sure there’s a specific process for that.

Yates:  Correct. We have optimization on our revenue cycle, and they have teams and structures in place where that feedback comes in, and then we have what we call clinical decision teams. We also have a very robust institute for all of the common service lines: neuroscientists, orthopedics, oncology, and women and children’s. Informatics sits in all of those spaces to facilitate the conversation and make sure that we keep everyone on track — what is the problem you’re trying to solve? Don’t tell us what you need it to do. Tell us what problem you’re trying to solve, and we’ll help you figure out the best way to do it and the tool for it so that we have the right people making the right decisions.

Gamble:  Right. One of things I wanted to talk about is digital rounding — how you chose a solution, what results you’ve seen, and what was the impetus?

Yates:  I came into the system CNIO about four or five years ago. As CNIO, obviously one of my key stakeholders is nursing leadership, and as I began sitting at the table listening to the problems they were trying to solve, I started hearing about the need for digital rounding because of the lack of efficiency and really wanting to be data-driven around the whole patient experience equation. I call it the popcorn effect. So we had one hospital looking at iRound from the Advisory Board. There was also MyRounding, and then we had a group looking at CipherHealth’s Orchid platform — everyone was going off in their own direction.

Part of the role of the CNIO and CMIO — and the IS organization as a whole — is to drive toward a system standard. Because in an organization as large as ours you have to have standard platforms, and you can’t scale best practice tools when you’re doing it 10 different ways. And so I called a time out.

At the same time, our health system has a relationship with AVIA, which is focused on patient engagement and digital tools. I didn’t have a lot of knowledge around digital rounding tools at that time, but as I dug in, I learned that AVIA had already done what I call a Shark Tank event where they put CipherHealth Orchid, iRounds, and myRounding against one another using very objective scoring criteria.

Orchid came out on top as being easy to implement and affordable, and was driving toward those outcomes. They were fairly new in the market, and so we did our own due diligence. Despite our size, we were able to go through a discernment process in around 30 to 45 days where we had each vendor do demos and we had scoring criteria. And again, Cipherhealth landed on top. It was efficient, easy to implement, and very intuitive from an end user perspective, meaning it takes less than 10 minutes to train someone on how to use the tool.

So we began the journey. Of course, the contracting process always takes a while, but we went from decision to implementation in less than six months. We stood up a governance group to help us devise rounding scripts; we were very clear that those scripts had to be standard and that every site that implemented was going to use the same script. It was this core group’s accountability to go back and engage with those using the tools and get their feedback. But the only way we could implement — and we did it every two weeks — across the health system was to have these standards in place, and to have a partner who was willing to help us drive that process and be very open and flexible.

Again, it’s hard to implement at scale in an organization as large as ours. People get frustrated because you don’t move fast enough. You have to have a vendor who’s willing to partner with you and tweak as you go and be nimble, but again, be driven toward a standard. The EHR is a different equation, but with this tool, because the footprint is defined, we were able to implement at scale fairly quickly, and we continue to implement it today as we integrate with St. Joseph’s Health. Now, they’re starting to implement the Orchid tool as well and we continue to drive this as, ‘if you have it in your budget to implement a digital rounding tool, this is the tool you’re implementing.’ There isn’t any more shopping. We have a plan, we know how to implement it, and we can get people up and running fairly quickly.”