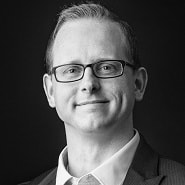 Call me a nerd, but one of the things I love most about my work is diving into data, getting neck-deep in analysis. I love that feeling of having a hunch confirmed by the aggregated voice of our provider friends. What I love even more, however, is when the data produce an insight that challenges my previously held beliefs.

One of those insights we’ve seen is that in any number of smaller Health IT market segments, consolidation has become the king of decision making. For example, many I’ve spoken with in the ED space feel pained that they have to “reinvent the wheel” on making EDIS tools user-friendly.

The best of breed vendors largely had ED usability figured out, but as the organization at large replaced smaller ED vendors in favor of a hospital-wide, integrated platform (Epic, Cerner, etc.) they pulled those highly specialized tools out for something that, while it plays nicely with the rest of their IT landscape, didn’t have the finely-tuned feel of their previous solution.

The story plays the same in nearly every market segment I look at. Except one: Population Health Management (PHM).

Recently, I spoke with a population health leader for a large hospital system that’s in the process of changing its EMR vendor. When I asked her if that meant they would drop their current population health tool to install the new EMR vendor’s offering, she said that although it’s “vitally important” to have a single EMR as the core platform, “it doesn’t necessarily make sense to mush our pop health together with that yet.”

She explained that while their previous EMR vendor and the new one both have PHM offerings, they drive toward completely different outcomes. And so the organization will likely use both vendors’ platforms for the time being in order to accomplish their population health goals.

“For us, population health means targeted, impactful outcomes,” she explained. That means not only being able to put registries into clinician workflows, which can help in making treatment decisions, but also having tools that can aggregate and disseminate data to the entire organization and help make deep cultural changes.

As I’ve looked at data from our recent population health report, it seems that my VP friend’s experience isn’t a unique one. In fact, in asking about satisfaction rates for vendors across all six areas of population health (data aggregation, data analysis, care management, financial reporting, patient engagement and clinician engagement) we found that — with rare exception — providers didn’t rely on a single vendor to satisfy all their needs. 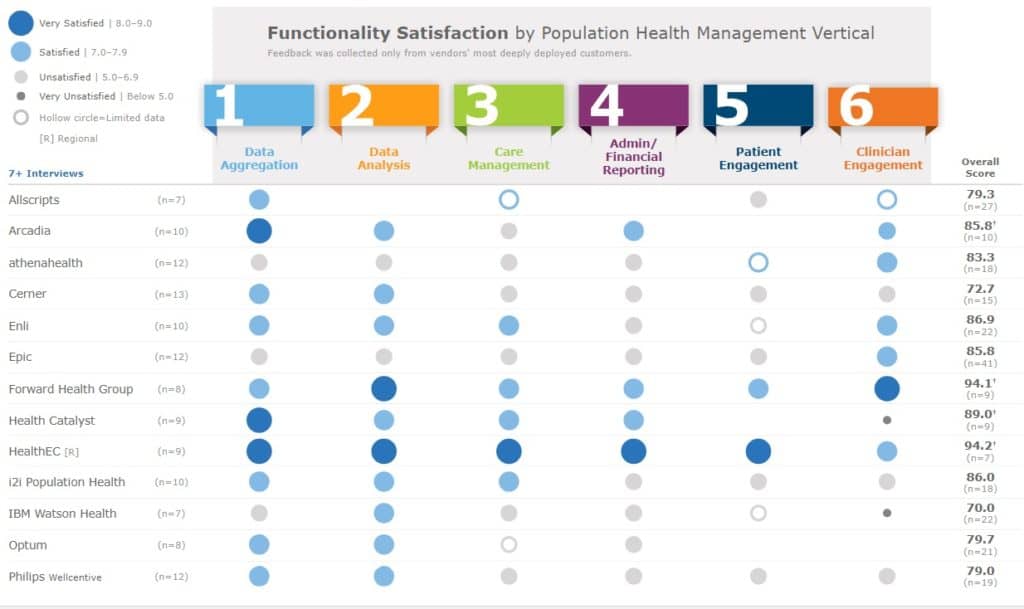 Part of the reason for the market’s fracturing lies in the fact that population health means something different to everybody.

For some, successful population health is defined as, “Can you be successful in shared savings or VBC contracts, while maintaining a high level of quality?” Can you show that you’ve improved diabetic care through your registries and mitigated unnecessary care? Success for these organizations simply means rolling out registries and new technology to their end users, meeting requirements in a shared-risk contract.

For others (like my VP friend), population health success means, “Can we drive a population to a better place in terms of outcomes and value? If we set ‘do no harm’ as a data-driven goal, then success becomes infinitely more complex.”

Many who have set their sights on that goal quickly realize that multiple vendors working in-tandem give them the best chance at successfully meeting their PHM ideals.

She went on to explain that while consolidation is an ultimate goal of their organization, it’s critical to remember that technology is there to support the process — not drive it. However, she believes IT vendors can help shape the process by not just partnering on the tool itself, but the task it is used for: “a shared vision of where population health needs to go.”

In all possibility, as the market matures and vendors play the old merger and acquisition game, adding functionality along the way, population health will go the way of the EDIS. For now, it’s important for providers to own the vision and process of their population health goals and leverage strategic vendor partners to help them drive that vision.

This piece was written by Mitchell Josephson, VP of Strategic Relations at KLAS Enterprises. To learn more about KLAS, click here.