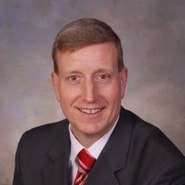 For an organization as large as Geisinger — a 13-hospital system that serves more than 3 million patients and includes a health plan — rapid rollouts usually aren’t feasible. But when you’re talking about a technology that can not only reduce costs, but dramatically increase patient safety, moving quickly is a must. That was the strategy at Geisinger, where enabling e-prescribing of controlled substances has helped cut the number of opioids prescribed each month by nearly 50 percent.

That, however, is just one component of a multifaceted, holistic effort that was launched last year to address the growing number of opioid-related overdoses in Pennsylvania. Of the 4,600 drug-related deaths reported in 2016, 25 percent involved prescription opioids, prompting organizations like Geisinger to take action. The initiative, which has drawn attention from Congress, focuses on leveraging EHRs as well as e-prescribing tools to limit opioid prescriptions. By linking the provider dashboard to its Epic system, Geisinger is using analytics to identify heavy prescribers of opioids and educate providers on other methods of pain management.

But it’s not just about IT solutions — it’s also about embedding pharmacists into primary care clinics, says CIO John Kravitz, who presented the findings of Geisinger’s program during a recent CHIME webinar along with CMIO Richard Taylor, MD, and Chief Pharmacy Officer Michael Evans. The goal, they said, isn’t to eliminate the use of opioids, but to treat pain appropriately using a method that is scalable. In this interview, we spoke with Kravitz about the strategy his organization used to roll out the initiative, the critical role of physician leaders, and why you don’t need “the Cadillac of analytics systems” to replicate it.

Gamble:  Can you talk about the role that physician leaders played in developing this initiative?

Kravitz:  Geisinger is a physician-led organization, and has been for a long time. That has helped immensely, because providers can influence their peers in some of their prescribing habits. The dashboards and the technology we provide are simply tools to be able to make that accessible to providers who want to effectuate change in their practice patterns.

Gamble:  When the dashboard was introduced, was there any concern about the perception some providers might have? For example, being called out as ‘heavy prescribers’ of opioids?

Kravitz:  The way we expressed it was that we recognize there’s a problem in our territories where we serve patients. We’re careful not to use this as a punitive measure. Of course, we may effectuate changes if there’s still a blatant practice pattern of overprescribing opioids, which is not what we want to do as an organization. So I can’t say that people are immune to any changes; however, they are given the opportunity to do so. It takes time to change some of these patterns, just as it takes time for a patient who is accustomed to taking opioids to ween off them.

I think it’s always been professionally handled by our organization. It wasn’t intended to be punitive; but rather, educational.

Gamble:  Once those patterns are identified, are there processes in place to work with providers and steer them toward other methods of pain management?

With that mind, it’s basically a process of change. When we first installed e-prescribing for controlled substance system, we utilized the dashboard to identify the highest prescribers. We wanted to focus on them for practice pattern change, as well as using the new tool so we could eliminate diversions and raise patient satisfaction.

Gamble:  I imagine having a dashboard that shows those results is a critical piece in this.

Kravitz:  Yes. The difference is that it’s a real-time dashboard, so they can look at those results any time. And it’s exciting for them to see those numbers going down as far as prescribing opioids, while still having positive results with their patients.

From a personal standpoint, I can tell you it really works. My wife had an injury and has gone through pain management, and it hasn’t just been about opioids. It’s rehabilitation and other exercise techniques that help alleviate the pain.

Gamble:  Right. And as you stated in the webinar, the ultimate goal of the initiative isn’t to eliminate opioid prescriptions, but to improve the way pain is managed.

Kravitz:  That’s the bottom line. We’re not taking opioids away from patients; we’re helping them to lead a healthier, happier lifestyle. We’re never going to eliminate pain, but rather, make it tolerable.

Gamble:  You mentioned the e-prescribing piece. It seems Geisinger was able to get that up and running fairly quickly.

Kravitz:  Right. In this case, we didn’t want to do a proof of concept. We do it in a number of areas, but because of the lives that were being lost, we wanted to move quicker. And as a matter of fact, we published a study last year which found that ED visits rose rapidly starting around 19-24 months prior to an opioid-related overdose. The study, which used 10-year longitudinal health plan claims data, also showed that inpatient admissions and total costs increased starting about 12 months prior, which tells us that we can predict when patients are going to crash and burn. It’s a shame, and we don’t want to see that happen. And so the ability for us to have that data available in a real-time manner is very important to our providers; they can see that they’re making positive changes.

Gamble:  This is one of those instances where it’s critical to have an analytics program in place that can show the data.

Kravitz:  It is. And the uptick we had with EPCS, as Dr. Taylor mentioned in the presentation, has been phenomenal. We had three physician informaticians who enrolled 1,330 providers, and we’re working with those providers to do authentication enrollment which requires people to attest to it. It’s a whole process.

We also use a hands-free mobile phone app, which does a second measure of authentication with our EPCS vendor. They don’t even have to touch the phone, because the devices have Bluetooth receptors. It just has to be in proximity to enable the signal to go back automatically through their phone, so you know it’s only that prescriber’s phone. That’s the second factor of authentication, and it works well.

Gamble:  Another point that was emphasized during the presentation was that IT is not the silver bullet when it comes to reducing opioid prescriptions; it’s also having programs in place like embedding pharmacists into primary care clinics.

Kravitz:  Absolutely. That’s a big part of the opioid process. We’ve done anticoagulation with pharmacists in the clinics for patients who have problems with blood clotting and things like that, and we’ve actually had very high grades on that.

Pharmacists are an important part of our healthcare delivery team. Because there are so many medications in a formulary, providers have a difficult time tracking all the new medications and drug interactions, and so we rely a lot on their expertise, even with surgical procedures. And it’s the same in other progressive organizations. We’re not trendsetters; we’re just doing similar work by leveraging the expertise of our pharmacy personnel.

Gamble:  And finally, do you believe this type of initiative is scalable, even for small organizations?

Kravitz:  I absolutely do. Organizations don’t necessarily have to have the analytics capabilities that we have. You can pull information from your EHR prescribing system, and identify which opioids are being prescribed, and by which providers. You don’t have to have the Cadillac of analytics systems to be able to do your job effectively.

I also want to point out that we didn’t come up with this as a first thought process. We’ve learned from healthcare organizations in Europe and other parts of the world, and we will consistently work to evolve and improve our processes, and share that with others. We hope that in doing so, we’re able to effectuate change in small community hospitals. You don’t have to be a large academic medical center to make this work.

Gamble:  Great. Well, it sounds like your organization is doing some incredible work. Thank you so much for taking some time to discuss it with us.

Kravitz:  My pleasure. Thank you.

[If you’d like to learn more about the vital role IT leaders can play in combating the opioid epidemic, please join us Tuesday, June 26 at noon ET for a discussion with Ed Kopetsky, CIO at Stanford Children’s Health, and Jim Turnbull, CIO at University of Utah Hospitals and Clinics. To register for the webinar, click here.]