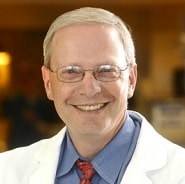 At UCSF Medical Center, there’s a term that residents and physicians have started to use:

It refers to a system in which Robert Rushakoff, MD, Medical Director for Inpatient Diabetes, screens the entire patient population to identify those whose diabetes isn’t being managed correctly. Using a customized chart that shows vital information such as insulin levels, labs, and medication lists, he looks for inconsistencies. If he finds one (and he often finds several), a note appears in the patient’s chart.

It’s just one example of many ways in which organizations are reimaging the way things are done. Last week, at an event where 1,355 vendors were on hand to showcase the latest tools designed to solve the health system’s biggest problems, a physician spoke about the value of utilizing existing tools to improve outcomes.

Can it be that simple? The work may not be, but the concept is, according to Bob Wachter, MD, Chair of the Department of Medicine and Director of Hospital Medicine Division at UCSF, who spoke at the CHIME-HIMSS 2018 CIO Forum.

It starts with asking one question: Is there data in the EHR that could give us the answer to this problem that we’re unable to solve using traditional means?” And, of course, how can that be achieved.

The first step is to get the root of the issue, which, for many organizations, is dissatisfaction with EHRs. According to Wachter, it’s the source of burnout for most physicians, who have been made to feel like “data entry clerks.” It has also resulted in workarounds, with the most notorious example being the use of scribes.

It doesn’t have to be. Companies like Augmedix are utilizing Google Glass to enable a digital scribe to view the encounter and create the note, which in turn allows patients and physicians more opportunities for face-to-face interaction. The key, Wachter believes, is making sure it’s not just voice recognition being used, but “smart voice recognition” that understands where data is stored in the medical record. What can make it even better is if notes are able to incorporate elements of Facebook walls, Twitter feeds, and Wiki pages to make it a more interactive experience.

“We need to think about documentation in a completely new way, use digital tools to enable that,” he said, adding that some organizations are leveraging artificial intelligence to create automated charts and literature reviews that can suggest a likely diagnosis based on data that’s been gathered.

Another example of how UCSF is reimagining the way things are done is through electronic consults. In the past, general practitioners would either refer patients to a specialist, or simply track down a consult — who, in most cases, hasn’t seen the patient — for a quick opinion. Neither is a great option, particularly the latter, which specialists disliked for two reasons: it couldn’t be billed, and it was a liability risk.

By implementing a process to do consults electronically, the organization was able to obviate about 25 percent of specialist visits, which led to an increase in patient satisfaction. And because it was documented, both the PCPs and specialists were able to bill for their services.

“We were able to scale the knowledge of specialists using digital tools,” noted Wachter. “It’s not about buying tools off the shelf, but rather, collaborating with clinicians to build solutions that can help improve care and lessen the burden. That’s why the CIO role is so crucial.”