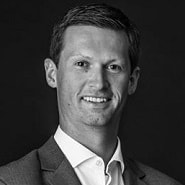 The seeds of KLAS’ most recent Population Health reports were planted back in 2015, when the members of KLAS’ Advisory Board requested a future summit on population health. The major question to be answered: what is population health? Everyone had a different answer, but in order for providers to succeed in population health management (PHM), everyone needs to speak a common language.

The consensus at the summit was that no solution existed that comprehensively covered all six pillars. Because of this, it’s common for organizations to use multiple disparate PHM solutions.

For the 2017 summit and reports, the training wheels came off. In preparation for the summit, KLAS created our first population health report of the year based on what vendors actually offer and what providers are actually using. Our second report dived into the actual performance of the many solutions on the market.

Splitting out these reports created some interesting contrasts. For example, enterprise vendors like Epic, Cerner, and athenahealth were shown to offer a lot of the needed functionality in the first report.

But our second report revealed that just because providers are getting lots of functionality from these vendors, that doesn’t mean they are unequivocally happy with it. Overall, enterprise vendors have a lower satisfaction rating than their best-of-breed competitors in population health.

It is important to note, however, that PHM is a very complex space, and few vendors are knocking it out of the park. Part of why satisfaction with enterprise vendors tends to be lower may have to do with the difficulty of covering a wide breadth of functionality.

Providers are asking more and more from their PHM vendors, even compared to just two years ago. The space has expanded, and both vendors and providers are pushing into new frontiers. As providers go down the road of population health, there is naturally more to get done than current solution capabilities can support.

Despite the challenges of rapidly growing expectations, there is still a lot of provider optimism. For example, providers are optimistic that even though enterprise vendors — such as Epic, Cerner or athenahealth — aren’t where providers want right now, these vendors will get there. Providers often trust their enterprise vendors, who have delivered in many other areas, to do so again with PHM. There can also be financial benefits to sticking with an enterprise vendor rather than using a third party.

Many providers are also succeeding with PHM in measurable ways. I spoke to providers from an ACO last year who said that because of their vendor, they saved millions of dollars in one year, and they were on track to do the same the next year. And this ACO isn’t alone; I have heard similar stories from other provider organizations as well.

Many organizations save money by using their tools to target high-risk patients. With preventive care, those patients are less likely to end up in the emergency department with an acute condition. Some providers work with patients with chronic diseases, like diabetes. Keeping these populations healthier and preventing high-cost, acute care events can lower costs overall.

Another common area of focus is filling care gaps at the point of care. When patients come into the doctor’s office, PHM solutions can alert the doctor about tests or procedures that patients need, such as an HbA1c test.

This can be convenient for patients, who don’t want phone calls a week after their visit about coming in for an additional test. And administering necessary preventive tests and other care events results in reimbursements for some organizations that participate in value-based care agreements, so that results in financial benefits for provider organizations as well.

These potential benefits have contributed to population health’s growing popularity. But for providers new to the population health market, it’s important to think about where they want to go. Just contracting with a vendor isn’t enough.

Because of how widespread and sprawling the population health market is, providers need to have some sense of what they want from a vendor. Figuring out a road map will help providers more easily select a vendor partner and make real progress in population health. Just jumping into population health without a vision of intended outcomes won’t result in real changes.

Much of KLAS’ focus in our last population health report was on functionality, which is certainly part of the PHM story, but it isn’t the whole story.

In future reports, KLAS intends to look more closely at the relationships, guidance, and outcomes providers get from their population health vendors. These are vital to realizing the benefits of PHM and truly improving healthcare.