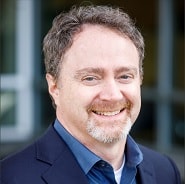 A few years after our enterprise health system converted from paper to an EHR, we were baffled by our inability to deliver useful information to operational and clinical customers. The initial promise of utilizing the EHR to create a data-driven world seemed a distant memory. As our enterprise health system forged our way into the post-ACA era, our ability to remain competitive on both the financial and clinical fronts seemed to be directly tied to our capacity to deliver the right information to the right people at the right time. During the first few years post-EHR implementation, the gap between our analytic needs and our ability to deliver accurate and timely information seemed to widen with accelerating momentum.

As a consequence, our system leadership was unable to fully utilize our own data in everyday decision making — too often relying upon subjective anecdote and intuition. Ultimately, we convened a task force to get our arms around the issue — the outcome of this effort led to the design of a multi-pronged strategy for both Analytics and Data Governance. This proposal took into account both the current and future requirements of success in both a volume and value-based world.  This piece will discuss one of the areas that we felt compelled to address within the framework of a new approach — the human element.

Although it may feel counterintuitive, humans make automation better, faster and more complete. Humans guide, direct, and adjust so that the end product more closely aligns with what ultimately helps drive performance. Humans on the front end and humans on the back end. You only have to be stuck in a phone tree once to yearn for a human being who can guide you to mecca. For some reason, in healthcare, automation has led us to believe that humans somehow slow down the process, add unnecessary expense, and diverge from standardization. Given what we have experienced, I would argue that properly positioned humans will not only not get in your way, but will, in fact, drive you to success faster and with less abrasion. I’d like to give a few examples of where this can have an impact.

First, within the EHR framework, we have a physician governance structure, which includes our Physician Advisory Council (PAC) and Ambulatory Physician Advisory Council (APAC). Both serve as idea generators, design guides and “BS” filters. They challenge proposals in ways that IT analysts never imagined. They are experts at ‘starting with the why’; something the business world is just now getting a grip on. Their input has led to better, more intuitive and better aligned EHR design — something that the vendor should have known, but didn’t.

Second, we have developed, along with our EHR vendor, a group of physicians who are certified and have security clearance to actually program the EHR. This has been an incredibly impactful program. A wide variety of physicians — inpatient and outpatient as well as primary care and specialists — participate. There have been two main outcomes from this program: (1) unique and fully congruent build that exactly aligns with how clinicians think and (2) a conduit through which multiple physicians have developed to be strong liaisons between the clinical world and the IT world — something that has led to stronger adoption, better education and more efficient feedback.

In addition, on the Analytics side, we have two specific positions that are worth calling out. First there is a Clinical Data Analyst. In the pursuit of relevant information, this is a role designed to better understand the ask — at the front end. This individual works with the customer to better unpack the underlying reasons for requesting information in the first place. He/she uses normal human dialogue to elicit all the pieces necessary to culminate in a decision-making capacity.

Second, we have a Principal Trainer for Analytics. One of our realizations from the task force is that there is under-utilization of the information provided — even when the requestor asked for it. Turns out, after interviewing 50-plus people, there is a limited capacity to digest the information delivered. This is where the Principal Trainer comes in — to maximize the ability to both understand and apply the information supplied. In response to this role, I’ve had my In-box full of customers who have expressed their gratitude. It’s now clear to us that the delivery of information is less important than the effective utilization of information.

Lee Milligan, MD, serves as VP and CMIO at Asante, a multi-hospital system serving patients in nine counties throughout Southern Oregon and Northern California. An emergency medicine physician, Milligan remains tied to his clinical roots. He is also director of the Governing Board for both Asante and the Oregon ACO.