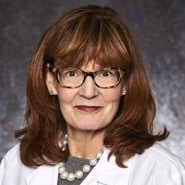 For Terri Steinberg, population health isn’t just another project; it’s a passion. She has spent the last five years working to build a program that leverages analytics – and the use of embedded care managers – to manage the care of 200,000 patients. But the journey hasn’t always been easy. Christiana Care had to first create an infrastructure that would enable more sophisticated use of data, then demonstrate that it could be utilized to achieve improved outcomes. And then, of course, there’s the tweaking that needs to be done to help the program continue to thrive.

In this interview, Steinberg, who serves as Chief Health Information Officer and VP of Population Health Informatics, talks about what is has taken for Christiana Care to start the transition from fee-for-service to value, including securing a grant from CMS and having leadership that bought in to the vision. She also discusses the “evolution” required to align incentives, the pivotal role that care managers play in improving care and decreasing readmissions, and what it’s been like to build Carelink CareNow from the ground up.

We didn’t move in that direction until we felt that the tools supported the workflow in a manner that physicians would accept, and we’ve been very favorably impressed with the physician documentation tool.

As workflow has become more important for providers, it’s really been essential to have physician leadership in IT implementations. We have established a comprehensive CMIO structure that is effective in supporting two important goals: a consistent EMR experience across the continuum of care, and the development of optimal inpatient and ambulatory workflows.

I was worried about that architecture because some of our own system-to-system interfaces were transacted through a business entity that we did not own. I thought that we should throw all our data into a single bucket, and we ought to run prediction analytics on those data.

The technology worked, we were able to implement the piece parts over the years, and when the grant was over, we saw we had a platform that we could use for population health, and more specifically for value-based care, which is really the component in order to manage populations.

Gamble:  Hi Terri, thanks so much for joining us. We’re excited to hear about the work your team is doing at Christiana Care, particularly in the area of population health. Can you start by providing an overview of the organization?

Steinberg:  Christiana Care is a multi-entity health system based in Delaware. We’re the largest health system in one of the smallest states. We have two hospitals that run as a single entity with a total of about 1,100 beds.

We run at a very high volume with our ORs, our EDs, the number of deliveries, and our NICU, making us within the top 25 nationally in terms of volume. We have a network of about 160 providers, and centers of excellence in many different areas.

With respect to IT, we’re HIMSS Level 6. The only thing keeping us from HIMSS level 7 is that we don’t yet have an integrated transfusion system up and running, but that’s on the schedule for this year. We were a CPOE early adopter. We’re completely electronic for most of our workflow, and we’re a Cerner shop. That’s Christiana Care in a nutshell.

Gamble:  How long have you been a Cerner shop?

Steinberg:  We’ve been on the Millennium platform since actually before the millennium, about 20 years. We implemented CPOE about 7 or 8 years ago, and we’ve been live with eMAR and barcode medication administration for even longer than that. We’re completely electronic in terms of physician documentation, and that’s been within the last two or three years.

So it’s been a slow process where we’ve implemented as the Cerner tools have evolved. The first generation of physician documentation tools on the Cerner system were not excellent workflow supporters, and so we didn’t move in that direction until we felt that the tools supported the workflow in a manner that physicians would accept, and we’ve been very favorably impressed with the physician documentation tool. Our doctors like it; it saves them time and it generates good documentation. We were happy that we waited until the tools caught up to the workflow.

Gamble:  Sure. And what about ambulatory environment – are you using Cerner there as well?

Steinberg:  That’s an interesting story. We’ve been on the GE Centricity platform since long before we automated the inpatient environment. In the past, ambulatory didn’t seem to get as many resources, but all of that has changed. We recruited an Assistant CMIO who is charged with moving the organization from the Centricity ambulatory platform to the Cerner inpatient platform. We’ve gone live in our primary care practices and we’ll soon be converting everyone from Centricity to the Cerner ambulatory platform which we think is quite good, and it will be an integrated platform with our inpatient environment.

Over the years, as workflow has become more important for providers, it’s really been essential to have physician leadership in IT implementations. We have established a comprehensive Chief Medical Information Officer structure that is effective in supporting two important goals: a consistent EMR experience across the continuum of care, and the development of optimal inpatient and ambulatory workflows. To support this, we have a Chief Medical Information Officer, Dr. Tim Shiuh, who is responsible primarily for the consistency and oversight of the inpatient and ambulatory implementations, and two Assistant Chief Medical Information Officers. Dr. David Driban is the Assistant CMIO for Ambulatory Services, and Dr. Sharath Kharidi is the Assistant CMIO for Hospital Services. I think it’s become a trend to have overall informatics management across both environments, but with an organization the size of ours, it can’t be done by one person.

So the way we’ve divided it, I have line reporting responsibility for all of the informatics people: nursing informatics, medical informatics, the clinical IT support team (we call them “PowerUps”), and the CMIO, to which the Assistant CMIOs report. We are currently recruiting for a Chief Nurse Information Officer, which I find to be very exciting because it’s an acknowledgment of the importance of nurses in the workflow.

Recently, however, I’ve become more focused on population health, which is my love, and so the day-to-day management of these other areas has been delegated to others. But to answer your question, we will soon be running Cerner in our ambulatory environment.

Gamble:  That’s an interesting model having three CMIOs, and it’s easy to see why it’s necessary in an organization like yours. You were actually CMIO at Christiana for about nine years until you shifted your focus to population health, as you just mentioned. Can you give some background as to how Christiana got into the population health space? I read that the organization landed a grant in 2012 – was that the start of it?

Steinberg:  In a way, yes. But there was no population health in 2012. We were in the early stages of Obamacare, and we were beginning to think of value, but that wasn’t the driver. The grant did create an opportunity. There was an architecture technology that I wanted to implement. At that time, we had the notion of enterprise and departmental systems, and I began to think about how we handled our department systems differently from our enterprise systems. The departmental systems got fewer resources; they were very transactional, so perhaps they weren’t viewed as important as enterprise systems.

At that time, we were sending some of our systems interfaces through our regional HIE, the Delaware Health Information Network (DHIN), and I was worried about that. Essentially, we had an architecture where our enterprise system, Cerner was king. Our departmental systems may or may not have gotten enough food to eat; sometimes they depended on a third-party system to move the messages in and out of Christiana Care. And so I was worried about that architecture because some of our own system-to-system interfaces were transacted through a business entity that we did not own. I thought that we should throw all our data into a single bucket, and we ought to run prediction analytics on those data.

Now, I have to say that there wasn’t much written about this — even if there was, I wouldn’t have known about it. This was not my background. I am a true-blue system implementer, not a data-geek. What made sense to me was that if we have all this good data, we ought to be able to see patterns. I didn’t know much about prediction analytics, but I knew that we had data, and we should be able to do something with it. So I found a system that would support this technology. It was essentially a big bucket; all the data went into the big bucket and you could run analytics on it. I loved it.

I actually knew the people who had created the technology from earlier in my career. They came to visit and showed us the technology; it was the third time I had seen it. I liked it every time, but it was too expensive. I tried to push it through the budget, but I couldn’t. Then the CMS Innovation Center (CMMI) grant was announced, and so we found a grant writer and chose a use case: ischemic heart disease. The grant was written to monitor the outcomes using prediction analytics and smart care management. The two innovations were the data-integration and prediction structure and the technology-enabled care management platform. As it turned out, we won the grant and received $10 million dollars. We put another $6 million of our own money into it and ran this program for three years on a single disease state.

Gamble:  So that certainly helped kick things off. And when did you decide to expand out to different disease states?

Steinberg:  Around 2015, things started to look very different. Value had become more important, and we began to see that we had a technology platform that we could use — not for one disease state, but for multiple disease states and lines of business. And so our care management company, Carelink CareNow, was born. It’s a wholly owned subsidiary of Christiana Care that now provides care management in a variety of business relationships. We have direct to employer contracts where an employer will purchase our services to manage their population. We have partnerships with payers who go direct to employers — one example is the state of Delaware. We manage some patients for our clinical parent, Christiana Care, and then we manage other people’s patients. So we are in the unusual circumstance where some of the people that Carelink CareNow manages are not Christiana Care’s patients. We have no provider relationship with them, outside of care management.

So that’s how it started. It was a grant for a single disease state. The technology worked, we were able to implement the piece parts over the years, and when the grant was over, we saw we had a platform that we could use for population health, and more specifically for value-based care, which is really the component in order to manage populations. That’s how we got to be here today.