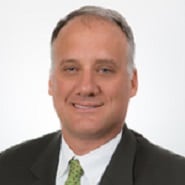 It takes a certain personality type to be able to walk into an organization and start making changes right away. When Bill Bishop took on the role of CIO at Colquitt Regional Medical Center, he knew that there were “antiquated processes” that needed to be revamped — and that there was going to be some resistance, but he didn’t let that stop him. And although he lost a few people with his “double-edge approach” of pushing for improvements while also being transparent, the core group remained largely in place, and is now working toward becoming an integrated system.

In this interview, Bishop talks about the strategy his team used to implement Meditech 6.1 in the hospital — and how they’ll tweak it to roll it out in the clinics; why he believes engagement from both physicians and nurses is paramount to a project’s success; and how his past life in product development provided him with insights into the vendor world.

You don’t really have to do a lot to get them engaged. They’re really interested in using the technology to the best of their abilities. And with the Web ambulatory product, pretty much every physician was on board because of the integration between the inpatient side and the physician practices, which is something we truly lack.

The people that run that committee really embrace the technology and try to use it. They understand that we have to use the technology; it’s not going away.

Sometimes when you ask people why they use it, they didn’t know. They just used it. And so after go-live, we really tried to drill in on whether the data was being used. If not, we got rid of it.

The physicians are very excited to be able to see when their patients have been to the hospital or vice versa, what clinics they’ve been to, what medicines they’ve gotten. It’s a really neat concept.

Gamble:  I think the best place to start is by getting some information about Colquitt Regional — what you have in terms of bed size and some of the other ambulatory offerings that are part of the organization.

Bishop:  We’re a 99-bed facility, all private rooms. We have roughly 70 physicians, 20 specialties. We’ve done a lot of expansions at our hospital over the past couple of years. We’ve added a new emergency department, a new intensive care unit, new surgery department, and created a new centralized main entrance. We’ve also started a radiology department expansion, and we are opening up a new oncology department in February. We recently added Georgia South, a family medicine residency program here for both MDs and DOs. We also are anticipating a medical school in Moultrie to become loosely affiliated with us some time in 2018-2019. We’re Joint Commission-accredited. One of the things we like to brag about is we’ve received a Leapfrog Hospital Safety score of ‘A’ for seven consecutive times, and we’re also Joint Commission-certified for total hip and knee replacement. We’re the only hospital in our region to have that affiliation.

Gamble:  It sounds like you have a lot going on. And you’re located in Georgia?

Gamble:  And are you independent or do you have any affiliations with other hospitals or health systems?

Bishop:  We are completely independent.

Gamble:  Now as far as your EHR, you have Meditech — and you recently went from Magic to the 6.1 platform?

Bishop:  On the inpatient side, we went from Meditech Magic to the Meditech 6.1 platform in August of 2016.

Gamble:  And what about ambulatory?

Bishop:  Our ambulatory clinics are a hodgepodge right now. We have multiple EMRs, but we have recently committed also to bring all of our ambulatory clinics on to the Meditech Web Ambulatory product. The contracts have been signed, and that process actually begins next week with our first visit from Meditech to start building and bringing our practices on, one at a time.

Gamble:  I’m sure that’s going to be a big undertaking. Can you talk about some of the strategies you’re using to get physicians involved and engaged in the process?

Bishop:  We have a very unique problem here with our physicians. They’re engaged. You don’t really have to do a lot to get them engaged. They’re really interested in using the technology to the best of their abilities. And with the Web Ambulatory product, pretty much every physician was on board because of the integration between the inpatient side and the physician practices, which is something we truly lack right now. We have really had no problem getting physician buy-in on either one of these projects, which is a very unique situation I’ve never had anywhere I’ve been before.

Gamble:  Right, and that might come with its own challenges. Do you have a governance process in place to make it easier to deal with having so much engagement?

Bishop:  We do. We have what’s called a physician advisory committee (PAC) that leads these processes. There’s roughly five physicians that run it, as needed. It’s kind of an ad hoc meeting, ad hoc group, but as we ramp up with projects, they will push the projects from a physician stand point. They’ll also get the people engaged that need to get engaged at certain points of the project. It’s been very effective, and the people that run that committee really embrace the technology and try to use it. They understand that we have to use the technology; it’s not going away. So they’re really pushing to embrace the fine-tuning of the systems to make it work for them.

Gamble:  And you said that the plan is to roll out one practice at a time. What is the strategy there — is it about making it easier on the resources, or being able to take any lessons learned from one rollout to the next one?

Bishop:  It’s a little bit of both. We have 19 different practices and we have a fairly small IT department. It’s about 20 people all together supporting inpatient and ambulatory side, and so to try to support a go-live for 19 practices in 17 different locations is virtually impossible. And so we’re taking some of the practices that have opportunities to improve in their electronic documentation over some others, and doing those first. Then we will take lessons learned from each practice and move forward. It’s going to be one practice, then a couple of practices, and then a couple more every month. It’s just a process to move through and get live efficiently with the resources that we have.

Gamble:  As far as implementing 6.1 in inpatient, was there anything that stuck out to you during that process as particularly challenging, or anything that wasn’t necessarily anticipated?

Gamble:  So as you moved forward from that phase into optimization, did you engage nursing more?

Bishop:  We’ve already done that. Right after go-live, we started a nursing advisory committee and we fine-tuned the nursing documentation to the best of our ability. We decreased some of the multiple clicks and some of the items that just really had no purpose and were never used. We went through and fine-tuned all that. Now, they meet regularly. If they have things that we need to change, they’ll bring it to us and we’ll look at it, make sure that it’s not a quality measure or something that is useful, and then we’ll make those changes.

Bishop:  There were a lot of things in Magic that had been, I guess we’ll call them patches, but in 15 years there have been many requirements that had come and gone, and sometimes when you ask people why they use it, they didn’t know. They just used it. And so after go-live, we really tried to drill in on whether the data was being used. If not, we got rid of it.

Gamble:  So the move toward a web-based platform was really about getting the hospitals and practices on Meditech, which obviously is a big undertaking, but it is necessary for the future of the organization.

Bishop:  Correct. I’ve been here about four years, and that was one of the first things that I identified. Meditech Magic is a very effective system and it worked fine, but we were losing out. A lot of the younger doctors that we were recruiting really didn’t care for the old non-point and click system, and we were getting a lot of nurses that didn’t really care for the non-point and click system. So it was a strategic decision regarding recruitment as well as a strategic decision to bring practices in the hospital into one setting so we can see that the patient has been to the hospital, and that data is right there in front of us.

Because we are a rural community hospital; many of our physicians in town are employed by the hospital, and so integration would far outweigh any problems that we would create with bringing this together. The physicians are very excited to be able to see when their patients have been to the hospital or vice versa, what clinics they’ve been to, what medicines they’ve gotten. It’s a really neat concept that we’re really excited to hit.

Gamble:  Right. It speaks to the priorities of so many organizations to be able to provide that whole picture of the patient. So now, aside from the go-lives, what are some of the other really pressing priorities for your team?

Bishop:  We purchased the oncology module as well. We previously had physicians from other hospitals that would practice oncology here, but now we’ve employed oncologists. We are building a new oncology department. As part of that, we bought the Meditech Oncology product and we’re really heads down on building that as well right now. We’re also adding Nuance Dictation to our PACS and radiology, which is scheduled to start next week as well. And web ambulatory is a very high priority. We’re just really busy right now with optimization and constant changes in the system and these projects that we have going on.

Gamble:  It seems like with a lot of the work that’s being done, it’s about really making sure that Colquitt can remain a strong independent organization, which I’m sure is getting to be more challenging.

Bishop:  Yes, it is hard to stay independent in this day and age, but we are a very thriving hospital with a community that really supports our hospital. It makes everything about being here at the hospital easy and physician-friendly.  It’s a really neat community environment that’s different from anywhere I’ve ever worked before.

Gamble:  Right. Being a rural organization, do you do telemedicine, or are there plans to do so?

Bishop:  We do not do telemedicine right now. We’ve looked into it a little bit of it. Our school system actually does some telemedicine that we hope to implement with the insurance company, but we don’t really do anything with it currently.

Gamble:  Right, that’s something that we’re starting to see more in other areas as far as schools adopting telemedicine. Now, in terms of patient engagement, what is your strategy as far as being able to communicate with patients and meet the changing preferences patients have when it comes to communicating with health providers?

Bishop:  That’s a loaded question, especially here. A lot of our patients, as with any hospital, are older patients. They really don’t want to be communicated the way we try to these days. We have a portal that we send stuff out to. It’s well-used, but it tends to group by age of patient. So the strategy is kind of tough. We push getting your results through the portal, and we have about 30 percent of the population that will do it, while others want that phone call and want to talk about it.