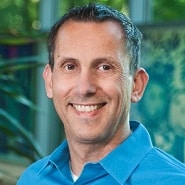 Every major initiative starts with a ‘why’ — a tangible, compelling reason for the resources and human capital that are about to be spent. In today’s healthcare landscape, where budgetary dollars are more difficult than ever to obtain, the ‘why’ had better be good.

For Wes Wright, corporate CTO at Sutter Health, the reasons for My Virtual Workspace — a system-wide IS initiative aimed at making data more secure while enabling easier and faster access — were as good as they get. When he arrived at Sutter in 2015, different regions and affiliates of the Northern Calif.-based system were purchasing their own Office products, which not only made integration difficult, but resulted in added costs.

So his team embarked upon an initiative to standardize across the network with My Virtual Workspace, which included virtual desktop infrastructure, Microsoft Office 365, and the FollowMe print solution. The good news is that Wright led a similar project at his previous organization, Seattle Children’s Hospital, where he held the CIO role for nearly 7 years.

However, this time the project was happening on a much larger scale, and with a group of users who were familiar with some of the challenges other organizations had encountered with virtual desktop initiatives in the early 2000’s.

“There was a lot of history we had to overcome,” said Wright. Although technology has advanced significantly in the past 15 years, the ghosts of past challenges loomed large. Fortunately, leadership anticipated some obstacles along the way, which was a key reason why Wright was brought in. “When [CIO Jon Manis] hired me, he wanted me to be a disruptor — but not for the sake of disrupting. I’m trying to get some differentiation between us and other healthcare organizations using the technology and the talent we have.”

From Cost Center to Strategic Differentiator 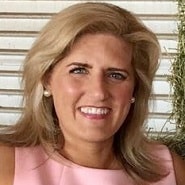 With the technology established, he recruited some of Sutter’s top talent — including Monica Chesini, Engagement Manager of Technical Services — to address the fears that were standing in the way of progress.

The best way to do that? By finding a facility that was willing to try it out, and showcasing their success. The facility they identified — Sutter Roseville Medical Center — proved to be the ideal testing ground. According to Wright and Chesini, the staff found quick success with the new system; and in fact, some of the nurses began requesting it at other facilities.

“It became a pull deployment rather than us pushing a deployment on anybody,” said Wright, who credited James Conforti, President of Sutter Health’s Valley Area, with being able to see the big-picture benefits of switching to a standardized system, particularly in terms of increased efficiency. “He opened doors for us.”

Demand quickly grew, and the IS team scrambled to deploy My Virtual Workspace as quickly as possible. With a year and a half, 70,000 users across the not-for-profit organization were moved to Office 365.

It may sound quick, but with technology evolving so rapidly, it’s precisely how things need to be done, Wright explained. “This is the way we have to move with technology now. You can’t do three-year rollouts, or else you end up building a MySpace page in a Facebook world. Long implementations are not where we live anymore.”

Of course, a large component to this is having a culture that supports this type of transformation, and a departure from the traditional thinking of IT as a cost center. And, according to Wright, it has to start at the top. “If we think about everything simply in terms of reducing cost, we act as a cost center,” he said. “But if we view ourselves as a strategic differentiator, we become a valuable part of the organization’s overall strategy.”

One way in which they’ve worked to build that culture is by employing what Wright and Chesini refer to as the “skateboard analogy” with new initiatives. Put simply, it means that if leadership addresses a problem with incremental improvements (i.e., gradually progressing from a skateboard to a scooter to a bike to a car) based on staff feedback, it’s far more effective than trying to solve it all at once. By implementing “little jewels of goodness,” leaders are able to get more engagement, and make adjustments that more accurately reflect the needs of those on the front line.

“When you approach projects this way, your clinical and business partners start to say, ‘wow, I did this with IS’ rather than ‘IS did this to me,’” said Wright. “That’s where we need to go. That’s our vision: to make technology as transparent as possible.”

That vision also includes leveraging technology to improve efficiency and engagement. Sutter is addressing with My Mobile Workspace, a platform that enables users to download apps that provide access to data, instant messaging, and audio/video conferencing capabilities, onto their mobile devices.

It’s an ideal solution for the growing number of people who need “flexibility on the go,” noted Chesini, who holds a Master’s in Organization Development. The platform, which was developed using Microsoft’s InTune Company Portal technology, is designed to increase employees’ ability to work anywhere, at any time, all which offering the security controls needed to ensure patient and organizational information is kept safe.

Initiatives like this, according to Chesini, are a testament to the brand of leadership Wright has brought to the organization.

“He has really had to reach out to other leaders across Sutter Health and partner with them,” she said, adding that with an organization that includes 26 hospitals and 50,000 employees, change doesn’t tend to happen quickly.

But it seems Sutter has entered a new era.