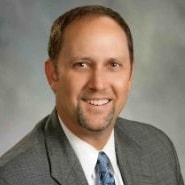 It’s hard to find three organizations as different as those in which Jason Bray has served as CIO. He went from a teaching facility that was on the ground floor of the Meaningful Use movement (Oklahoma State University Medical Center) to a multi-hospital health system that embarked on a massive EHR implementation (Methodist Health System), to a rural hospital that is piecing together an integration strategy (McAlester Regional Health Center). In this interview, Bray opens up about how he has benefited from his experiences at both OSU and Methodist (as well as IBM), and talks about the key priorities on his plate at McAlester, from migrating to a Web-based Meditech platform to expanding telemedicine.

He also talks about the many hats he must wear as CIO of a rural facility, what he learned from Pam McNutt about vendor management, the “incredible ride” it was being an early ACO at OSU, and the enormous potential he believes Watson holds.

What we’re trying to do is not be the big bad wolf and come in and acquire these folks; but instead come in with an independent management style that allows them to keep their local flavor, but where there’s duplicating responsibilities, use that as scale together.

The challenge is getting people to stay here. I think they associate hospitals in Tulsa and Oklahoma City because they’re bigger, as being better, and that’s not the case.

Telemedicine is one of those fun things that people like to talk about and practicality is better now than it ever has been. Getting that across to folks to where they use it is a different thing.

That’s one of the things in rural America — if you do have the luxury of having a CIO, typically that CIO is also the security officer, so all of that falls on me.

Gamble:  Hi Jason, let’s start by getting some basic information about McAlester Regional Health Center — what you have in terms of hospital beds, ambulatory offerings and where you’re located, things like that.

Bray:  McAlester Regional Health Center is a 171-bed hospital in Southeast Oklahoma. We’re actually the largest hospital in Southeast Oklahoma. We have 11 clinics, three urgent care centers, and two diagnostic imaging centers. We are currently managing another hospital that went bankrupt about three months ago, Atoka County Medical Center in Atoka, Oklahoma, which is a critical access hospital. I’ve been here for about 20 months now in this role as CIO and I came from Methodist Dallas.

Gamble:  What’s the nearest city to you, in the Southeast Oklahoma?

Bray:  There are a lot of close cities, but as far as metropolitan areas it’s Tulsa, and that’s about an hour and 30 minutes away.

Gamble:  And are you affiliated with any hospitals or health systems at this point?

Bray:  No. We are independent and we are a city trust.

Gamble:  Inn terms of the EHR environment, what do you have in place in the hospital?

Gamble:  What’s the approximate timeline for that?

Gamble:  So you’re pretty early in that process.

Gamble:   And now as far as 6.16, does that include the web-based platform?

Bray:  It is. It’s their web-based product, fully integrated ambulatory and inpatient. It’s everything.

Gamble:  As far as what influenced that decision, it was not having to switch vendors, as well as getting a more integrated product?

Bray:  Yes. That, and we were able to stop using NextGen in our clinics. It also gives us an opportunity to offer to smaller hospitals like Atoka the full functionality of 6.16.

Gamble: And with Atoka, that’s something that McAlester had not done before as far as managing another hospital?

Bray:  Correct. It’s something that has popped up on our radar lately, mainly because there is an alarming number of rural hospitals that are going bankrupt and/or are just closing their doors. So what we’re trying to do is not be the big bad wolf and come in and acquire these folks; but instead come in with an independent management style that allows them to keep their local flavor, but where there’s duplicating responsibilities, use that as scale together versus having two of the same thing at two hospitals.

Gamble:   Right.  And what type of system had they been on?

Gamble:   Is the plan for them to migrate to Meditech?

Gamble:  Right. Now as far as the move to 6.1.6, it’s still early in the process, but where exactly are you right now?

Bray:  We are finalizing the contract to be signed. That’s why I said it’s really early.

Gamble:  Right. So then the next step really is to get into the planning and map out a timeline?

Bray:   Yes. Pre-implementation planning is where we are.

Gamble:   And what type of clinical leaders do you have in place? Do you have a CMIO or some kind of equivalent?

Bray:  We have a CMO, but really the closest thing to a CMIO is the director of our hospitalist program. He’s on my IS steering committee, and we meet about once a month.

Bray:  We are forming a physician advisory committee that will allow me to pick their brains and involve them in the building process. We’ll do the best that we can, but to your point, it really is about standardization not customization for each individual physician. This group will be vital to the success with physicians.

Gamble:  Okay. Now, switching gears a bit, what do you feel are the biggest challenges when it comes to being in a rural health environment?

Bray:  Not enough money, not enough patients. But it’s probably just getting people to stay here. I think they associate hospitals in Tulsa and Oklahoma City because they’re bigger, as being better, and that’s not the case. We offer a wide variety of specialty care here where they live, and they need to give us a try.

Gamble:  Right. I guess it’s one of those things where people tend to gravitate toward the cities, but it’s a matter of just getting them to see the environment is just as a good.

Gamble:  What about in terms of connectivity and being able to reach patients — is that something you’ve dealt with?

Bray:  Some do, but we don’t. We have a good infrastructure as far as technology with AT&T’s help. There are parts of Oklahoma like in Duncan where they don’t have tier 1 level telecommunication capabilities. There are other means of handling that, but that’s something we don’t struggle with.

Gamble:  Are you doing any telemedicine work at this point?

Bray:  We are. So telemedicine is one of those fun things that people like to talk about and practicality is better now than it ever has been. Getting that across to folks to where they use it is a different thing. For example, we do telestroke at St. John in Tulsa with a neurosurgeon, and that is very successful. We do that via video monitor so on and so forth.

We also do store and forward with images; so we do EKG telemedicine and echo telemedicine, and we do primary care student telemedicine in our elementary schools in McAlester. So if a kid comes into the office who is sick, the nurse can pull up one of our docs, who will then say whether they just need Tylenol, or if it’s more serious. And it’s done with the parent on the call, so the parent can hear if they need to pick them up and take them to the urgent center or their pediatrician. It gives them that first level of care diagnosis. We also do behavioral telemedicine; we just built a new geri-psych unit, and we do telemedicine in there as well.

Gamble:  It’s interesting what you said about the practicality of it, especially when you are talking about things like behavioral health, where there’s such a shortage of providers and such a strong case for it.

Bray:  Exactly, there is. And there’s nothing that has been more heavily used in telemedicine than behavioral health. We were doing that at OSU Medical Center when I was their CIO back in 2007.

Gamble:  Do you have plans to expand telehealth to different areas, such as chronic care?

Gamble:  So a lot going on there. Are there any other projects that are top of mind right now?

Bray:  Yes. We just finished up a network upgrade and refresh for all of our network and our wireless network. And now we’re looking at refreshing our cable where we can do interactive patient systems within the rooms so they can watch a movie, fill out a survey, order their food, be educated, things of that nature, but our wiring is in such dire need of being replaced that we have to look at that first.

And then we have a lot of security things going on — upgrading that infrastructure, and trying to stay on top of all of these breaches. That’s one of the things in rural America — if you do have the luxury of having a CIO, typically that CIO is also the security officer, so all of that falls on me. It’s not my favorite thing for sure, but it’s one of the services that we also try and help others with as well.

Gamble:  How do you manage having a whole separate role in addition to the CIO role? Do you have people you rely on to help with that?

Bray:  It’s not easy. But even that is only part of what I do. I’ve also been over food services, the gift shop, the foundation, the residency program, and diagnostic imaging. Just like any executive, if you have a lot of responsibility, you give as much as you can when you can, but really you’re just putting out fires.

Gamble:  Right. And that goes back to what you were talking about with the challenges of rural health and how it’s hard to recruit or hold on to good people. What’s the organization doing to address that whether it’s offering education or what types of things do you do or plan to do?

Bray:  I’m allotted to attend about two conferences a year; really that’s about all I have time for. Usually that ends up being HIMSS-CHIME, the combined conference in the spring, and then I typically go to a security conference and focus on that, because the security aspect does take up a lot of time.

Gamble:  Sure. With everything changing so fast and then the threats always changing, it’s a scary world.

Bray:  It is a very scary world.