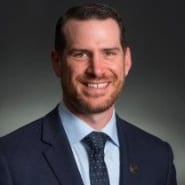 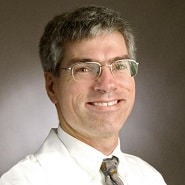 It seemed fitting that the first session ever held as part of CHIME’s new Clinical Informatics track focused on improving provider satisfaction, a topic that is top of mind for CIOs and other health IT leaders.

According to Bryan Bliven, CIO at University of Missouri Health Care, it all starts with communication. “It’s not rocket science,” he said, “but there is a science to it.” In the presentation, Bliven — who is also VP of the Tiger Institute for Health Innovation — spoke alongside his CMIO, Thomas Selva about how the organization has evolved its processes to take a more accurate pulse of the provider population and make adjustments as needed.

The best way to determine what needed to be done was by doing a survey, which they did using a third party. The results, according to Bliven, were quite telling. Although they showed a 10 percent improvement in ease of access over the past year, they also found decreases in areas like communication, patient safety, and research/process improvement.

And so Bliven and Selva implemented a multi-pronged approach to bumping up the numbers — and more importantly, making sure providers had the tools and support they needed to care for patients as effectively as possible.

The first step was a consistent IT rounding program. In addition to helping IT understand how tools are used and what improvements can be made, this initiative also builds relationships, which can make a significant difference, says Bliven. “When there is a problem, it really helps to have that relationship, because it’s harder to get angry when you know someone.”

Next, MU Health leadership rolled out IRMA, an Interactive Request Management System designed to increase visibility by letting everyone in the system view requests, and rout those requests so that users don’t need to worry about where to send them. The other key aspect of IRMA is that it’s simple and intuitive to use, says Selva. “It lets us do the heavy lifting behind the scenes.”

It also lets them zero in on the issues that are negatively impacting providers and try to mitigate them. One example of a change that was implemented based on feedback is a pilot project that aimed to solve a common problem: identifying the resident who is in charge of a patient at a given moment. According to Bliven, the lack of a single source of truth was a “large source of frustration for nursing, consulting, and ancillary services,” and so leadership implemented a hand-off feature to ease the process. The pilot was successful, and plans are in place to expand it throughout the organization.

“It’s all about engaging physicians in the right ways,” said Bliven, noting that a key part of the process was creating an EMR Council that specifically targeted naysayers. With that in place, MU Health set up an EMR training room (strategically located near the physician lounge); started holding EMR Happy Hour sessions that covered “topics of interest” to help ensure staff are using the best workflows to achieve optimum efficiency; ramped up communication with email updates from Selva and a monthly update; and held a Road Show in which leaders met with chairs to get feedback from providers and address concerns, face to face.

“You have to meet people where they are,” said Selva, emphasizing that an EMR is a “living, breathing thing” that requires constant training order to enable users to thrive — not just survive.”

Finally, it’s all about making sure physicians feel they are heard. “You don’t have make it all better; you just have to understand.”