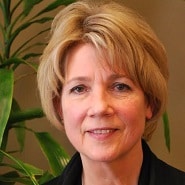 It was 7 a.m., and a room full of women were ready to talk about how to break down barriers and pave the way for the next generation. The problem was that one of the panelists — Lea Rosenauer, president and CEO of Girls Inc. of San Antonio — was delayed because of the heavy fog that had settled in during the early morning hours. And what’s worse, she was traveling with a group of young girls who had been chosen to attend several events at the Fall Forum and meet with some of the top women leaders in health IT.

Fortunately, Rosenauer and the group of girls didn’t let the weather stop them, and proceeded to take the stage for a session that examined how women leaders can gain more visibility and overcome the obstacles that stand in the way. Other panelists included Sarah Richardson, CIO of DaVita Healthcare Partners; Rose Ann Laureto, CIO at Gunderson Health System; and Adrienne Edens, VP of Educational Services with CHIME.

“As an industry, we’re not seeing the progress we want to see with women in leadership,” said Edens, citing lack of visibility as a major factor. “You can’t become what you can’t see.”

“There’s a reluctance to seek higher positions,” said Edens, noting that women often need a “gentle nudge” to go after a promotion.

Therefore, the onus is on leaders to put systems into place to provide women with answers to their questions, along with encouragement, noted Laureto. “We need to create an environment that enables women to expand their skills,” whether it’s through continuing education programs or networking opportunities.

And beyond that, there are other steps leaders can take to help remove some of the barriers faced by women.

Finally, Edens urged attendees to “bring your true self to work” and embrace the characteristics that women bring to leadership roles. “I’m tired of being told I need to act like a man to succeed at work,” she said. “We have our own strengths,” which include a strong focus on team-building, collaboration, and organization. “We’re uniquely skilled at identifying goals and making a plan to get them done.” She also believes women are particularly strong when it comes to recognizing that things are going well and pivoting in another direction. “We’re not just trying to rush to get it done today; we’re trying to go an exceptional job. These are qualities I believe women can bring to the table.”