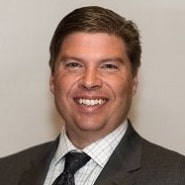 Three years ago, I left the provider side after spending two decades as CIO at organizations ranging from large academic institutions to smaller community hospitals, and everything in-between, and took a position with NetApp Healthcare.

When I accepted the job, I was nervous. After all, I had been the CIO in health systems for years. I knew the political realities of working in the hospital setting, working with our clinicians, our executive teams, and our board. I was a consumer of high-tech products and I knew what I demanded as a customer. Did I have the ability to do the job required, which was to switch to being a provider of products to end-users in such a demanding field? These were the concerns I expressed to David Nesvisky, the Executive Director of NetApp Healthcare. His response, with a knowing grin on his face was, “don’t worry about that — what you don’t know, I can teach you.”

Back in the late 1990’s and early 2000’s, when I was just beginning to take on larger and more complex leadership roles at places like HCA and Houston Methodist, I was forced to rely on many of the lessons I had learned in the military. The reality was that the corporate training we all received during our tenure at these organizations was focused solely on meeting business goals, and there was little focus on the staff’s personal development needs. While the Armed Services aren’t perfect, I do believe they possess some of the right attributes when it comes to developing individuals to their fullest potential. Perhaps this is because the military takes on so many fresh recruits straight out of high school and college, people that are ripe to be molded into something new, something they have the potential for but that no one can see.

The question that raised for me was, why don’t we do that in the professional world? Is it because we assume that those we work with have already obtained their highest potential? Do we think that the person we see in front of us is as “molded” as they will ever become? If that is the case, then I believe we are being short-sighted as leaders and are missing out on some opportunities to make our employees, and therefore, our companies, something great.

One example I can share comes from the late 1990’s. I had a clinical analyst working for me, and when it was evaluation time, I asked my traditional question: “What do YOU want to do long-term?” With tears welling up, she told me this story:

My kids are a few years from graduating high school. My husband and I don’t really spend that much time together, and we have really stayed together because of the kids. I would love to be able to travel the country and experience some things that are different. Honestly, I would like to be a consultant for an HIT company, going around and helping other hospitals, and getting some exposure to different parts of the country. But I have been in this area all my life, and I really don’t know how to even start.

My response to this exceptional employee was that if she would commit four years to me, and commit to doing some things that were a bit outside of her traditional job description, that together we could get her prepared for the work that she really wanted to do. Over the next several years, we worked together to not only meet the organizational requirements associated with her job, but we also created opportunities for her to network within groups HIMSS and with other hospitals in our region. When consultant organizations came to me to pitch their services, I made a point to include her in our conversations so that she could see what these third-parties were doing, and also to create relationships. As she progressed in her knowledge, there were some opportunities for her to do some 1099 work on the side, and I made the point to assure she had the necessary time off to participate in those opportunities.

While some may question whether this was a good use of some of the company’s resources, I believe that for four years, this employee gave us 110 percent of herself. It was truly a partnership between employee and employer. When I took a position at another health system, this employee came to work for me at the new location within a few months. We worked together for a number of years. Today, she is now a successful health IT consultant.

I experienced one of the most rewarding professional moments of my career a couple of years ago at the Medical Users Software Exchange (MUSE) conference in Orlando. I was there representing NetApp and our storage solutions for EMR/EHR systems. And while I was there, I had the opportunity to meet up with four of my former team members — all of whom have gone on to successful careers in consulting. At the time that I was working with each of these individuals, I thought that I just was doing what was right for them, and what was right for the organization. It wasn’t until I had all four of them with me that I realized the scope of the impact that leaders can have over the course of our careers.

Every person has that “right” role. For some, that role is to be an individual contributor to a team. For others, it may be to lead a team, a division, or an entire organization. If you are like me, someone who has gravitated toward that leadership role, then you have a responsibility to energize your staff and to empower them to reach their fullest potential.

I believe that a people-focused strategy is one of the most effective ways to meet your organization’s goals — but it takes work and dedication on everyone’s part, including you as the leader. This is my challenge to you: the next time you have a one-on-one with your staff, ask them the question, “What do you want to do in the future?”

The answer may surprise you.

This piece was originally published on LinkedIn by Spencer Hamons, CIO of NetApp’s Healthcare Division. He has held leadership roles at Taos Health Systems, Yukon-Kuskokwim Health Corporation, SLV Regional Medical Center, The Methodist Health System, and HCA, and prior to that served in the US Army. To follow him on Twitter, click here.