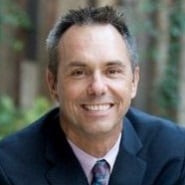 We’ve all heard the adage “culture is king,” and perhaps nowhere is that truer than in healthcare IT, where organizations have been asked to absorb a significant amount of change in a short time, without missing a beat. Smart leaders have learned that if they want to move their organizations forward, they must have the right pieces — and the right culture — in place. For Renown Health, a locally-governed, not-for-profit network located in Reno, Nevada, that meant establishing a new philosophy; one where employees were empowered to make contributions and allowed to make mistakes, and one where leaders were transparent about the direction of the organization.

Although it wasn’t an easy change to make, it has been well worth it, says Mike Magera, VP of Enterprise Infrastructure, who says staff satisfaction has increased and there’s a high level of trust, which helped set the stage for a number of initiatives that will help propel Renown into the future. In this interview, he talks about his top three priorities from an infrastructure standpoint, the challenge in selling users on cloud technology, how his team is partnering with Secure-24 to ensure reliability and improve care quality, why he made the move from the gaming industry to healthcare, and what he finds most rewarding about his job.

We really wanted to consider all of the options, because at that point, we didn’t know what we didn’t know. We wanted to understand everything that was available to us so we could make sure we were getting a state-of-the-art infrastructure that could provide high availability.

We wanted to change the culture so that employees felt that it was okay to make a mistake — as long as we learn from it. We wanted to make it fun, and we’ve come a long way in doing that.

Gamble:  Hi Mike, thank you for taking some time to speak with healthsystemCIO.com about the work your team is doing at Renown Health. How long have you been with the organization?

Gamble:  What are your top priorities as VP of enterprise infrastructure?

Magera:  The top priority on my plate is the data center project, which entails getting rid of the technical debt we’ve had as an organization and moving into setting up a secondary data center as well as the new primary data center. We’re also implementing voiceover IP, along with some collaboration tools like Skype for business, and replacing the wireless infrastructure across all Renown sites. That’s where I’m focused right now.

Gamble:  What was the status of the data center project when you arrived? Did you know right off the bat this would be a key focus?

Magera:  Yes. When I arrived, they were just finalizing the RFP — I actually had a chance to look at and review it before I started with Renown. I accepted, the first order of business was to begin the vendor selection process.

And I really did hit the ground running. My first week here, I was called into a meeting to make a decision between three unified communications vendors, and I had to call a time-out and reset the project. With the wireless project, the RFP had already been done and Renown was just started to plan the implementation when I came on board. So it was a lot.

Gamble:  I can imagine how challenging it was walking into a situation where all three of these projects are going on at different stages.

Magera:  Yes. All three of those projects are very large, and for all three of them to be going on at the same time is really unheard of. But I knew that going in. Those three projects are really foundational in enabling us to be more agile from a business perspective and be able to react as we need to. We needed a new infrastructure because Renown had previously been experiencing a lot of downtime with its aging infrastructure. When I first came in my first day and I realized that I actually had to check my phone for voicemail instead of having it go to Outlook, I knew the importance of bringing Renown to the modern era with unified communications. It was the same with wireless; connectivity was spotty across all campuses.

Gamble:  What’s the status of the wireless infrastructure at this point?

Magera:  It’s implemented in the major hospitals. We ended up merging that project with unified communications so that we only have to touch each of the remote sites once. If there’s cabling that needs to be done for WiFi or for voice, we can do that once, rather than going back to those facilities and interrupting their operations twice. We started rolling out WiFi this summer in the remote sites.

Gamble:  And what about the secondary data center — what’s the status with that?

Magera:  When we set up the data center, we chose Switch as co-location facility. We stood up the infrastructure in both Switch locations — one in Reno and one in Las Vegas — at the same time. Both of those sites are up and running. We’re still migrating data and applications, but right now they are our data centers. We’re actually the first company to move in to Switch’s new data center in Tahoe Reno Industrial Center, which is east of Reno.

Gamble:  Did you have any hesitancy being the first one in that location?

Magera:  There was some concern, but Switch wouldn’t have let us move in if they weren’t ready. There were some touchy moments in the beginning. When we to install our infrastructure, we walked to our cage and there was no power distribution panel and no rack for the equipment. But they responded fairly quickly. They were able to get racks installed and the power distribution panel in our cage within a half-day, so we didn’t lose any time.

But it was cool walking into what will be the world’s largest data center and just seeing wide open space; our conversations would echo because there wasn’t any equipment there yet. We were literally the first ones to use the facility.

Gamble:  I’m sure. Now, going back to when you arrived at Renown and had to finalize the RFP, how did that process go? Did you experience any hiccups?

Magera:  Selecting a partner was the most challenging part. We started with at least 20 vendors, and the goal was to get that down to two over a period of about six weeks. When we got down to it, there were three in the end that we had to choose from. The way our RFP was written, we really wanted to consider all of the options, because at that point, we didn’t know what we didn’t know. We wanted to understand everything that was available to us so we could make sure we were getting a state-of-the-art infrastructure that could provide high availability.

We had to speak with vendors about whether we wanted to build our own data center from the ground up — some were shying away from that. In fact, the partner we ended up choosing to stand up our infrastructure in the Switch data center initially didn’t want to participate in a process where we built it ourselves, but it all worked out.

So the vendor selection was the most difficult part. Once we did that, things seemed to flow pretty smoothly. The next challenge was working with vendors to get the best pricing for the equipment, understanding what equipment we wanted, and designing that architecture within the data centers.

Gamble:  I’m sure that was an interesting process. Any best practices you can offer for getting through those roadblocks?

Magera:  It’s primarily about patience. We had to trust the partner we chose, and that meant asking a lot of questions and being patient with the process. Ron Fuschillo, our CIO, set the expectation that we’re going to do this right. And we will run into challenges, and that may set back the schedule, but we’re going to do it right.

And that was good. The pressure from that standpoint was off. To this day, Ron will say, ‘I can’t believe you guys are on schedule,’ or beating it — because at times, we were ahead of schedule, and so we never had to say, ‘okay, we need to take a delay.’ We’ve always been able to overcome any challenges that came our way and stayed on schedule.

Gamble:  I’m sure the board appreciates that, along with all of leadership.

Magera:  Definitely. And that’s the other thing — we had very good support, probably the best I’ve seen in my career from an executive team. They were 100 percent behind this, and they cleared the way for whatever we needed.

Gamble:  I want to shift gears a bit and talk about the changes that the IT department went through after Ron Fuschillo took over as CIO in 2014. It seems like it really took on a different direction in terms of the overall philosophy.

Magera:  It did, and we’re still going through a significant culture change. We implemented a lot of best practices and a lot of discipline. We wanted to change the culture so that employees felt that it was okay to make a mistake — as long as we learn from it. We wanted to make it fun, and we’ve come a long way in doing that.

In fact, we just got our employee survey results back, and they’ve improved dramatically in the past year. In some areas we’re seeing more than a 25 percent increase in satisfaction. It’s been a long journey, and it’s been hard work, but it’s worth it. People are a lot happier — you can see a bounce in their step, and when you have that, getting through the tough challenges becomes easier.

Gamble:  So would you say employee engagement is where you’re seeing the biggest improvements?

Magera:  Yes. It’s about employees understanding the direction of the company — not only where IT is going, but where the overall company is going. We’ve just seen a huge boost in trust in the organization and in our values. When I first started, it was almost like you had to have a punch card to feed people a list of things to do because they didn’t want to make decisions for themselves. Now we’re so far from that — it’s been a 180-degree change.