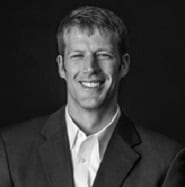 Moving toward more accountable and more holistic patient care is a worthy cause for all of us in healthcare.

So much of the buzz and heightening pressure in the industry over the last several years has been about this movement, specifically the migration toward population health. To keep things simple, I like to think of population health management (PHM) as managing and improving the health of populations vs. just treating individual patients on a fee-for-service model.

As great as it sounds, the PHM movement is not all that it seems. At least not yet — not in terms of healthcare IT. While the term ‘population health’ has caught on everywhere, it’s not yet in practice in most places.

First, let me be clear that I want to be positive about all this. I try to remain optimistic about the shift to PHM, about better health outcomes, and the future of HIT.

The truth, however, is that many of the HIT solutions available on the market today are still only used for the basic task of risk stratification, which is typically an exercise to identify the highest-risk patients and the costliest outliers. In other words, something you could refer to as population sickness analysis.

The industry has spent billions of dollars trying to do just that. There’s value in those efforts, but we need to do much more, starting with shifting the paradigm around PHM.

It’s all too easy to forget where we’re coming from. Just a few short years ago, many purchasing decisions for HIT products for population health were (very) ill-defined. So much so that at the time, I referred to such activity as leading not to RFPs, but RFAs (“Request for Anything”).

RFAs are far less common now, even for healthcare organizations new to population health, which is a good thing. The focus is quickly — and rightly — changing from risk stratification to more holistic understanding of the patient (i.e. think well beyond clinical/EMR data) and to actual patient engagement.

In effort to accelerate progress around population health in the industry, KLAS has organized a summit— now in its second year — to bring together passionate leaders from healthcare organizations and executives from solution/services providers to wrestle (and yes, I mean wrestle) over how we collectively best look at population health for the industry. Here’s the result thus far, as of September 2017. 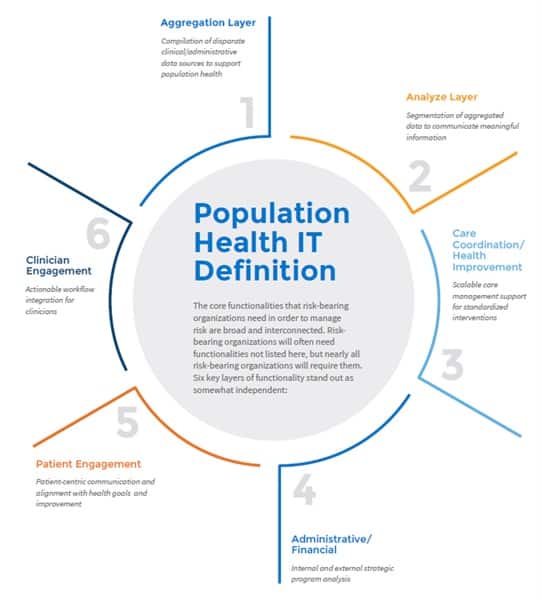 The aggregation and analysis layers (i.e. risk stratification), while critical steps, are just the beginning. An approach centered on just analyzing and stratifying the 20 percent, or “population sickness,” may very well just make us sicker in the long run as an industry.

Until we progress to the point where we actually manage the sizeable part of the population that is already well, a good part of that same healthy population may just eventually end up in the population sickness category. And that results in an even bigger problem: the 20 percent category grows.

Cheers to moving towards actual population health management. Though it’s still decades in the making, we can get there.