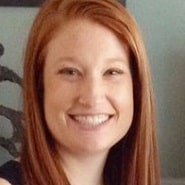 Again and again, we’ve seen CMS have to walk back some of the regulations, particularly since it’s a pass-fail approach for hospitals. They’ve seen that the industry isn’t able to accommodate some of these regulations, because they fall outside of what providers can deliver.

Depending on the complexity of the install and the size of the provider, as well as a number of other factors, you need at least eight months. And that’s just to install it and get everyone trained. In reality, it could be way more than that.

We’ve had to make it clear that we’re not trying to delay interoperability. If anything, the requirements associated with meeting 2015 Edition CEHRT make it so prescriptive that hospitals are forced to meet federal requirements before they meet the needs of their patients.

We recognize that vendors need added time. And frankly, we’d rather see a product delivered that meets the certification requirement and isn’t going to jeopardize patient safety.

I absolutely anticipate cybersecurity to remain at the top of our list in terms of advocacy on the congressional side. Of course, when there’s a new administration, the budget and appropriations process always goes thrown off.

Gamble:  Thanks so much to both of you for taking the time to talk with us about everything CHIME’s Public Policy team is doing. Let’s start by talking about the changes CMS recently announced to the final rule to improve hospitals’ ability to fulfill Meaningful Use and electronic clinical quality measures reporting requirements. I’d like to get your thoughts on what this means for the industry.

Savickis:  In a nutshell, we’re elated. It’s a huge relief. There have been so many trigger points along the way that could result in a hospital system getting a financial penalty, which is devastating. We’re talking about huge amounts of money. The way it was structured, if providers didn’t have access to the appropriate version of the EHR, they would be penalized — for something that’s completely out of their control.

And so for years, our battle cry at CHIME has been the reporting period. There’s been a tremendous amount of advocacy around it, for years. Again and again, we’ve seen CMS have to walk back some of the regulations, particularly since it’s a pass-fail approach for hospitals. They’ve seen that the industry isn’t able to accommodate some of these regulations, because they fall outside of what providers can deliver.

Another trigger point has been the fact that if hospitals don’t have the right version of the EHR, they fail, which results in a penalty. We don’t think it’s right to have hospitals file for hardships. It creates a big workaround.

Gamble:  It sounds like this was a long time coming. Can you talk about some of the work CHIME did to make this happen?

Savickis:  It required us to really go to the mat with CMS and ONC and say, ‘we’ve polled our members, and we’ve have systematically heard the same things time after time.’ Our members are worried that they’re not going to get their editions on time. They’re talking to their vendors every day, and when they hear, ‘we’re not really sure when we’re going to deliver it’ — and they were saying that as late as July of this year — that’s a real big problem.

First of all, it’s six months out. That’s not a good sign. Depending on the complexity of the install and the size of the provider, as well as a number of factors that are individual to each hospital system, you need at least eight months. And that’s just to install it and get everyone trained. In reality, it could be way more than that. It could be double that. So when you’re six months away from compliance state and the products haven’t been delivered — and the hospitals don’t know when they’re getting them — we have a problem.

Our board chair, Liz Johnson, is Chief Clinical Informaticist and VP of Applied Clinical Informatics at Tenet Healthcare, which has provider locations across the country. If she’s telling you that her organization isn’t fully ready, you can be sure that many of the smaller organizations with fewer resources won’t be ready either. Being able to share her story and paint that picture for CMS was absolutely critical.

And so we’ve had to make it clear that we’re not trying to delay interoperability. If anything, the requirements associated with meeting 2015 Edition CEHRT make it so prescriptive that the hospitals are forced to meet federal requirements before they meet the needs of their patients. They’ve already bought the systems; it’s not like that they’re not going to be installed. They just won’t be installed in time for January 1, 2018.

Gamble:  I’m sure there’s a lot of frustration on the vendor side in terms of feeling the pressure to be able to deliver on products that aren’t quite ready.

Savickis:  Absolutely. And we make it a point to note that vendors are partners in this journey, and they face challenges as well. We’ve communicated again and again to CMS that it’s a very long and complicated build. The requirements for ensuring you’re able to accommodate an API are complex, and we recognize that vendors need added time. And frankly, we’d rather see a product delivered that meets the certification requirement and isn’t going to jeopardize patient safety. We don’t want to a quick install. We’d rather be able to have the opportunity to test solutions and make sure they’re working well. It’s like a symphony; everything has to work nicely together.

Gamble:  Of course. So it sounds like a lot of what you do is present use cases and testimonies and gather data to present information in the best possible way to lawmakers.

Savickis:  Right, but it’s not a one-and-done. In fact, a lot of it is going back and educating them at different points throughout the year. When CMS released the IPPS proposed rule in April, they left the door open. They didn’t come out and say, ‘what do you think about getting another year at 2014?’ but they didn’t rule it out either. And so for us, it was an opportunity to get feedback from our members on the frontlines, and present it to them. That way, it isn’t just me saying, ‘We have a problem.’ It’s our members saying, ‘this is where we stand.’ Hearing those real-life examples can go a long way.

Krigstein:  One example I can think of is the CEHRT document, where Mari was able to pull anecdotes from leaders of different health systems on why they can’t move on, or why it was going to be an issue if they had to use 2015 CEHRT. And so taking those testimonials and doing informal surveys of our members, whether through our Washington Debriefs or other CHIME channels, allows us to present that information.

Another thing that’s paid off a lot of dividends is in having one-on-one conversations with members across the country. In these discussions, we’ve definitely talked about Meaningful Use and CEHRT, but one of the biggest topics has been the changes that were made in quality reporting areas. Laying that groundwork through numerous calls with the administration and one-on-one talks with our members played a key role in the changes that were made.

In the congressional world, we know that all of the phone calls, emails, and letters are taken into account and read, and that can go toward potentially influencing a member’s decision. But increasingly, we’ve seen that being able to connect them with our members on the frontlines has absolutely paid dividends. These are really technical issues, and so it’s making sure they’re talking to the right people within the administration and are able to really get into the weeds. I think that was probably the number one factor in the changes we saw with CMS.

Gamble:  Looking ahead, what are the really big priorities on your plate?

Savickis:  In terms of what’s happening with CMS and ONC, we’re paying a lot of attention to how the departments are starting to operationalize for the 21st Century Cures provision. There’s a lot of focus on interoperability, which we’re keeping a close eye on. The Government Accountability Office (GAO) recently announced its new Health IT Advisory Committee, and ONC closed the applications process for its committee. As these new bodies get set up, it’s going to be a really big step.

And of course, patient identification and cybersecurity are always high on our list. Leslie can talk more about some of the work we’re doing there.

Krigstein:  Sure. As we put one major issue to bed — at least for now — in terms of some of our Meaningful Use advocacy, cybersecurity moves back to the front burner. A few weeks ago, we saw some interest around the medical device cybersecurity bill introduced earlier this year by Sen. Richard Blumenthal, which CHIME was very supportive of. There was another bipartisan bill in the Senate focused on securing Internet of Things devices, and I think there’s still potential to see some activity come out of the Healthcare Industry Cybersecurity Task Force recommendations, which came out in June, but got lost in the fray among all the other healthcare conversations going on.

And so I absolutely anticipate cybersecurity to remain at the top of our list in terms of advocacy on the congressional side. Of course, when there’s a new administration, the budget and appropriations process always goes thrown off. And so we’re tracking the progression of improvements with patient identification and patient matching. We saw in the House draft that patient data matching was identified as a top priority that they want ONC focus on, which would be fantastic. But beyond that, to see that a study was called for in the Medicare program to evaluate what a national system for patient identification and matching would mean in terms of lives saved, errors reduced, cost savings is tremendous. I think those developments can help direct funds and direct the narrative in terms of our ongoing advocacy with patient identification, especially as our challenge progresses.

The other piece is that there are still several rules open for comment. I expect that when Congress comes back from break, they’ll take a hard look at the MACRA proposed rule and evaluate whether there are statutory changes that need to be made, now that we’re a year into the program.