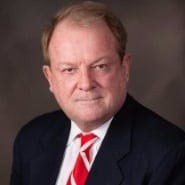 The east coast is the headquarters of one of my favorite companies, Wawa. It’s a silly name for a company, especially when that company has a chain of stores whose primary competitors are older and have a global presence. For example, 7-Eleven — we’re open 24 hours, just not in a row.

Each Wawa store is designed to look the same. The coffee bar, which competes effectively, at a third of the price with Starbucks, is in the same place in each store: in the far-right corner. And customers do not have to have to speak Italian (venti) to know what size coffee to order. Wawa’s coffee bar is barista-free. The only downside of Wawa’s coffee bar is that people, non-Chichi white-collar MBA’s, who happen to drink coffee — 99.5 percent of the population — cannot order a half-caff, grande, iced, sugar-free, vanilla latte, with soy milk. But they can pour their own coffee.

Oh, and one day a month, Wawa provides free coffee.

Wawa is a go-to destination. Its customers are willing to drive further simply to spend money there. The average transaction, discounting the purchase of gasoline, is less than $7. But they do a gazillion of those less than $7-dollar transactions at each store every day.

Wawa also happens to be the largest seller, by volume, of gasoline on the east coast. By far. The reason Wawa sells more gasoline than companies whose sole raisons d’être is to sell gasoline are many. Everyone needs gas. Everyone who needs gas wants to pay as little as possible for gas. Wawa meets that requirement.

Wawa is also offers retail banking. Every retail company in the U.S. which has an ATM aims to get people to spend money in their stores, charging customers a fee to withdraw their own money to spend at the store.

Located in the far right of every Wawa is a low-priced hoagie stand whose functionality is equal to, or better than Subway’s. In front of each hoagie stand are several electronic kiosks that allow customers to order customized hoagies. While their hoagies are made, customers can pay for it. Also, in the summer, Wawa sells every one of their foot-long hoagies for $5.99. Subway does not provide electronic ordering, and it does not let you pay while your sandwich is being made.

In one store, Wawa is better than your favorite three stores. Wawa outcompetes the top firms in every industry in which it competes. Daily, on a store-by-store basis, it sells more gas than Exxon, more subs than Subway, and more coffee than Starbucks. And it does all these things in a store with a footprint of less than 2,000 square feet.

The world went digital and so did Wawa. Unfortunately, the designers of Wawa’s in-store customer experience were not involved in Wawa’s digital experience.

Recently, Wawa created a digital app. Its purpose was to let its customers use it to order a hoagie.

I borrowed my wife’s phone and used the Wawa app to order a hoagie-extra pickles. The app did not allow me to prepay for my hoagie. I drove to Wawa anticipating that Wawa’s hoagie barista would give me my hoagie. Au contraire, mon frère.

When I asked for my hoagie, Wawa’s hoagie barista had no record of my digital order.

Here’s my point. Wawa has a digital app that allows its customers to order a hoagie. Wawa’s customers believe the app lets them preorder a hoagie that will be ready when they arrive at the store. The app, however, does not let them preorder the hoagie. All it does is let customers bypass the kiosk. The value of the app is no better than bypassing the Twinkies. Customers get to Wawa believing that their hoagie is ready.

Having a digital engagement strategy that does not meet your customers’ expectations is worse than not having a strategy.