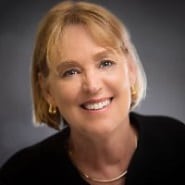 We had a conversation with a CIO candidate who was interviewing for his dream job. He had been working toward the next level role and was thrilled for the chance to interview with a prestigious, billion dollar organization, for a position that was perfect in scale and scope. The organization flew him in to interview, and he went into the day excited about the opportunity. So when he called us the day after the interviews, we were shocked when he said, “There is no way I would ever consider working for that organization.”

What Not to Do

Despite asking, the candidate hadn’t been provided any type of agenda for his day of interviews, so he went into the day unclear about what to expect. He was shuffled into a small conference room, and was told that someone would be in to see him shortly. His day entailed lots of waiting and uncertainty, and being moved to different rooms several times due to meeting spaces being double-booked.

The candidate was told going into the day he’d be meeting with the CEO and other key stakeholders for the position, but one by one, these interviews ended up being canceled due to “unavoidable conflicts,” or the meetings were severely shortened. He ended up spending less than five minutes with one key executive who was supposed to spend an hour with him, which not only made it difficult to adequately evaluate the opportunity, but also made him feel the organization didn’t respect him and the multiple days he’d carved out of his busy schedule to travel to their facility for the interviews. Several of the executives he met with multi-tasked throughout the interviews. With their heads buried in their mobile devices, the candidate found it difficult to forge connections.

The organization had also done nothing to make him feel welcome or help him feel connected to their mission and community. He walked away from the day with an extremely negative impression of the organization and no interest in continuing in the process, because he perceived that the organization wouldn’t be a positive place to work.

These missteps cost the organization an incredible candidate who could have easily succeeded in the position and thrived in their organization. Unfortunately, we see problems arise all too often in organizations’ hiring process, leading to a less than optimal candidate experience.

In contrast, the organization with which this candidate ultimately accepted an offer delivered a much more positive candidate experience. They made him feel appreciated, valued, and welcomed, which made all the difference in achieving a favorable result to the hiring process.

That being said, here are 10 common mistakes to avoid in delivering a positive candidate experience:

Since 1994, Judy Kirby has served as president of Kirby Partners, a recruiting firm specializing strictly in Executive Healthcare IT. To follow the company on Twitter, click here.