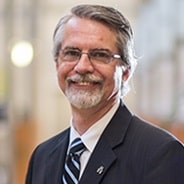 Imagine what the US health system would look like today without Meaningful Use. For most CIOs, it’s not easy to do. Even though many organizations were on the path to digitization before the federal regulations came down, there’s little doubt that the incentive program helped move things along. In fact, Mark Farrow believes it’s precisely why the US is far ahead of Canada on the HIMSS Analytics EMRAM curve.

But although there are some notable differences in the way healthcare is structured in Canada, there are many similarities in the challenges that CIOs face, such as being expected to do more with fewer funds. And, like his fellow leaders, Farrow is finding ways to stretch budget dollars and leverage technology in innovative ways. For example, when it was becoming difficult to stay afloat without cutting staff, his organization created a consulting service that enables the staff to gain valuable experience (and help smaller hospitals) while staying in the black. It’s this type of thinking that has distinguished Hamilton Health Sciences, an Ontario-based system, as one of the country’s top organizations.

In this interview, Farrow talks about how his team has benefited from providing consulting services, the delicate relationship Hamilton has with its physicians, and the groundbreaking initiative that’s helping to create a closed-loop communication system among providers. He also discusses his strategy for fostering innovation, Canada’s different approach with population health, and what he loves most about being a CIO.

That’s why we created this collaborative innovation center. There were these little gems out there, but nobody knew what to do with them, so they would just die on the vine.

If you look at the EMRAM curve, the US is hovering around Stage 5 or 6, while Canada is at Stage 3, because we don’t have a government funding program focused specifically on IT. While everyone recognizes the need for technology and innovation, we’re competing with every other thing that needs to be funded.

A lot of vendors still don’t understand it — they think it means running a report or telling you where your patients came from. Population health is about trying to understand why that patient is coming in, not just where they came from.

We don’t realize that the things we’re doing here actually can change an outcome for a patient. At the end of the day, this is health care. It’s all about making a better outcome for the patient. Unlike a lot of industries where it’s about adding to the bottom line, we’re here to help patients and help our staff be more productive so that they can help patients.

Gamble:  Are there any plans to expand the Early Warning System?

Farrow:  We’re working on a pediatric version of the system right now and we hope to have that up and running by late summer. We know there are different parameters on what’s considered a significant event in a pediatrics. It may not be a code blue, but respiratory and other ailments that require intervention. We’re also looking at things like sepsis and being able to enhance what we do in the emergency department.

Gamble:  Does Hamilton have a history of partnering with vendors, as you did with ThoughtWire, and really getting involved in development?

Farrow:  We do. We actually partnered with IBM on a collaborative innovation center, which just recently had its grand opening. Before that, we had been operating in a temporary space just to get up and running. We have 12,000 employees, and so we want to figure out how to tap into that innovation, knowledge, and research to try to give it a home and see if it’s something that can be used.

We’ve also worked with Influence Health on ClinicalConnect, and of course with ThoughtWire. I will say it is difficult in Canada to partner with companies on innovation, because we have such tight procurement rules that we essentially have to RFP for almost everything. But we’re trying to find ways to create those innovative environments.

Gamble:  I’m sure that’s tough. We’ve seen in the US that even without stringent requirements, it can be tough to foster innovation and create an environment where people can present ideas.

Farrow:  We have seen that, and that’s why we created this collaborative innovation center. There were these little gems out there, but nobody knew what to do with them, so they would just die on the vine. And so, a couple of years ago, we embarked on a ThedaCare program around continuous quality improvement where we do daily huddles on units. We’re starting to see sparks — little nuggets of innovation, but they didn’t have anywhere to go.

We’re really trying to foster that. We’re putting various calls out trying to remind people that if they have a neat idea, we want to hear it. The whole point of the innovation center is to try things out. IBM has brought a lot of software — including Watson — to the table so that we can try different things and see whether it could turn into something. If it does, we’ll farm it out to one of the incubators or innovation centers associated with the universities or colleges in this area. We’ve got a few things in the pipeline that we’re starting to look at now. I think it’s going to be very exciting.


Gamble:  Very cool. Let’s switch gears a bit — I want to talk about some of the key differences between Canada and the United States when it comes to healthcare. As you know, hospitals in the US have been grappling with meeting Meaningful Use requirements for several years, and many have debated the pros and cons. What are your thoughts on that? Does Canada have something similar in place?

Farrow:  Unfortunately, we don’t, and that’s been one of the real problems. If you look at the HIMSS Analytics EMRAM curve, the US is hovering around Stage 5 or 6, while Canada is at Stage 3, because we don’t have a government funding program focused specifically on IT. While everyone recognizes the need for technology and innovation, we’re competing with every other thing that needs to be funded, and so oftentimes it isn’t brought forward. The Ontario provincial government is looking to enhance the hospital IT side of things with some new programs, but they haven’t come to the point of providing funding for a Meaningful Use-type outcome. But we’re crossing our fingers.

Gamble:  It’s interesting because MU has certainly come with its share of challenges, but I think those of us in the US need to stop and look at the positives it has brought forth. Like you said, the IT adoption curve has changed dramatically, and sometimes I think we fail to focus enough on that.

Farrow:  Absolutely. People have made investments they may not have otherwise made, and they’ve started created that connected environment. Now that all of that has been done in the US, the interesting part now will be to see the next wave of that; how it all comes together as we connect to the community and start to see more meaningful use of population health data.

That’s another area we’re really focused on. Population health is different in Canada because it’s not about stratifying patients to get the highest income individuals into your hospital. Right now, we’re running at about 120 percent occupancy, so our aim is to get patients out of the hospital, or prevent them from getting here in the first place. So we’re trying to tap into other data sources and use that data to say, ‘how do we ensure Mr. Smith doesn’t keep showing up in our ED every two weeks?’

We’ve been doing that, both through ClinicalConnect and the decision support tool we use. That tool is tied into multiple hospitals across the Southwest, and so we can start to trend patients that are going to multiple EDs and start to understand what their issues are. We can also see if they have a family physician or have visited a community care access center. All of those things allow us to say, ‘is there something we can do to assist this patient, rather than have them constantly coming into the ED or the hospital?’


Gamble:  I’m glad you mentioned population health. It comes up in nearly every conversation we have with US-based CIOs. What do you think are the biggest challenges?

Farrow:  One thing is that it’s still fleshing out. Last year at HIMSS, you couldn’t walk down the aisle without seeing dozens of population health offerings. Every booth had a pop health banner on it. And a lot of vendors still don’t understand it — they think it means running a report or telling you where your patients came from. Population health is about trying to understand why that patient is coming in, not just where they came from. With the many chronic diseases out there, we really do need to figure out a way to manage this better, and so I think the big focus in the next couple of years will be on how we manage the data, and how to start to connect into social data. We need to understand where these patients are — if they’re in social housing or in an area that doesn’t have the community services they need, and what’s driving them to end up in healthcare organizations so often.

A few years ago, Hamilton did a study and found that the average lifespan of patients in the suburbs and patients in the inner city differed by 20 years. That’s like the difference between Africa and North America, but this is only a matter of miles.

Farrow:  It really is. That was a wake-up call that told us we really need to understand what’s going on with patients in different neighborhoods. But there’s still so much that needs to be done. That’s why we keep coming back to work every day.

Gamble:  Sure. And you’ve been with the organization for quite a while, right?

Gamble:  Where were you before you came to Hamilton?

Farrow:  I was with Credit Valley Hospital as the director of IT, and then I was hired to come to Hamilton through a company called InfoHealth out of Chicago that had the management contract. I worked for them for five years, and then the hospital decided to insource IT back into the hospital and asked me whether I would stay on. I said ‘absolutely,’ and I worked my way up from director to assistant vice president to vice president and CIO.

Gamble:  I’m sure it was valuable to be able to get to know the organization before stepping into the CIO role.

Gamble:  What do you enjoy most about the CIO role?

Farrow:  I think what I enjoy most is working on strategy and trying to bring those future technologies and ideas to the table, and then marry them to business needs. But for me, when I read some of the testimonials on ClinicalConnect where physicians talk about how they were able to save somebody’s life or make a difference, that tells me we’re making a difference. That’s why we do what we do.

That’s something I always try to remind my staff, because a lot of times we’re insulated, and we don’t realize that the things we’re doing here actually can change an outcome for a patient. At the end of the day, this is health care. It’s all about making a better outcome for the patient. Unlike a lot of industries where it’s about adding to the bottom line, we’re here to help patients and help our staff be more productive so that they can help patients.

Gamble:  Absolutely. Well, I’d like to thank you so much for sharing your perspectives and talking about the work your team is doing.

Farrow:  I’m happy to do it. It’s a fascinating industry, and there’s a lot of change coming. I think the next five years are going to be a lot of fun.