When it comes to protecting patient data, IT executives face an uphill climb — and it’s only getting steeper. From Mirai to Brickerbot, the attacks are becoming increasingly sophisticated, making it critical that medical device security is a top priority. To that end, the Open Web Application Security Project (OWASP) has released a set of best practices for the secure deployment of devices. This initiative aims to educate hospital IT leaders on how to better secure patient information, serving as a compliment to the FDA’s recent postmarket guidelines for improving security in the development and manufacturing of connected medical devices.

Part one of this three-part series focused on purchasing controls and perimeter defenses. This piece will break down both the network and device controls that must be in place to create a secure environment. 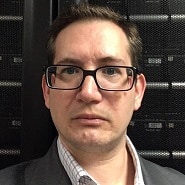 It is not uncommon to have one or more computers attached to devices used for the collection and analysis of medical device data (a central station) or a PC/appliance used to send data to the EHR system (an interface). While they can be distinct systems, in many cases they are hosted on the same system. Securing interface systems is critical, and these are often the points at which your isolated medical device network is bridged with the main internal network.

Security controls that should be in place include:

All the controls in the world are useless if misconfigurations and vulnerabilities are rampant. Security testing will help you to uncover and shortcomings in your devices or within the setup that surrounds them. It is better to discover such issues via testing so they can be addressed via fixes or the addition of compensating controls than to later discover the same weakness exists during the forensic face of an incident response.

Eventually all organizations will face the compromise of one or more devices. One of the things that differentiates an organization that has a mature security program from ones that don’t is how effective they are at detecting, containing, and eradicating such threats.

Special thanks to Tony Alas for his input on biomedical devices.