It was July of 2010, and I was getting ready for my family’s annual vacation to the Outer Banks when a news headline stopped me in my tracks.

There had been another bombing in Afghanistan leaving several American troops dead. All I could think about was whether one of those included my brother Dan, a Marine Corps officer and advisor to Afghan officials on his second deployment there. I felt absolutely nauseous as I scrolled through site after site looking for more information about the attack.

Thankfully, he was fine, but many others didn’t fare as well. As it turned out, that month had been the deadliest for U.S. forces in nine years, with 66 fatalities suffered.

My brother was fortunate to return home unharmed several months later. But even though he was out of the war zone, the battle to reintegrate was only just beginning. And what I’ve found in researching this topic is that Dan is hardly the exception. Despite having a college education and several years of leadership under his belt, he has grappled to find a satisfying career.

He’s far from alone. Despite the fact that the outlook for veterans has improved, with the official unemployment rate dropping from 9 percent in 2013 to 7.2 percent in 2014 (Reuters), it’s still far too high. And the hard truth is that many of those jobs fail to leverage the skills that military veterans bring to the table.

So why is it so difficult for veterans to land jobs that are commensurate with their experience and skill level? According to a RAND study, there are a number of possible explanations, from employer discrimination to skills mismatching. But no matter the cause, the bottom line is that an opportunity is being missed — particularly in a field like healthcare IT, where talent is at a premium.

Fortunately, not everyone is letting it slip by. For two years, the Road Home Program at Rush University Medical Center has worked to help veterans land gainful employment upon their return to civilian life through the EN-Abled Veteran program, a 13-week internship that offers training and experience in health IT.

It’s an initiative that was long overdue, according Jaime Parent, associate CIO and VP of IT Operations at Rush University Medical Center. “Military veterans already possess the skills and characters that employers seek in filling critical needs: honesty, loyalty, integrity and project management to name a few. With some studies suggesting that healthcare IT jobs will increase by as much as 18 percent in 2020, transitioning military veterans with these traits are the perfect fit for IT careers,” he told healthsytemCIO.com.

Others are starting to believe as well.

EN-Abled Vet, which started in the Chicago area, is now in early adoption phases in 5 health systems and 44 hospitals from North Carolina to California, says Parent, who also serves as Chair for HIMSS’ Veterans Advisory Council. He believes the program offers hospitals the opportunity to “live their diversity values, not just talk about them.”

Because unfortunately, when it comes to the way veterans are treated, it’s often more about lip service or annual free coffee giveaways than showing these people that we believe in them; that we want them on our team.

Mary Beth Bruggeman, Executive Director of the Southeast Region for The Mission Continues, said it best in a Huffington Post piece published earlier this week. “Our veterans do need something from us, but it’s not what they’ve been getting. Veterans deserve our gratitude, but store discounts simply cannot be the only way that we recognize them. We should be evoking fulfillment rather than entitlement. The best thing you can give a veteran is reassurance that they still have a purpose and a mission.”

Veterans, she added, “are skilled and highly-trained individuals who have a passion for stepping up and getting their hands dirty, and we need them to help solve some of our nation’s toughest problems. More importantly, they’ll experience a transformation when they’re able to serve again.”

Bruggeman noted that although she’s extremely proud of her military service, she’s even more proud of the work she has done through The Mission Continues, and believes others would feel the same if presented with a task that enables them to fully utilize their skills. 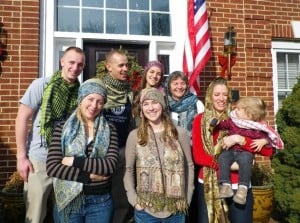 I agree, as I’ve seen how working with organizations like Team Rubicon and Life Is Better Rescue have helped my brother find a sense of purpose that was long missing from his life. He’s now able to channel his passion for contributing to the greater good into other causes, but it hasn’t been an easy road for him, or most combat veterans expected to smoothly transition.

If we really want to say thank you, we need to pave a better road and help provide a more meaningful life for those who have given us so much.