It was a big coup.

A few years ago, the company I worked for hired a rock star. A veteran columnist and editor for a hugely successful website, she was brought on board to oversee a newly-acquired publication. I was looking forward to working with her, hoping I could learn a few things from her — maybe even pick her brain.

She had vision, she had great ideas, and she had a wealth of experience. What she didn’t have was latitude. It seemed leadership wanted her name attached to the publication, but they didn’t necessarily want her to make her mark. Instead of making a major contribution and helping to guide the strategic direction of the publication, she became somewhat of a figurehead.

Like any creative person worth her salt, she had no interest in that type of arrangement. Within months, she left — taking her ideas and energy with her.

It was such a tremendous waste.

What’s the point of hiring a rock star if you’re not going to let her take the stage? You might as well save your money and hire a yes man — or woman. The more I thought about it, the more I recalled other situations involving rock stars and wasted talent. I came to the conclusion that there are certain rules that need to be followed if you want to recruit — and retain — a rock star.

1. When you bring in a rock star, make a big splash

Recruiting a big name is a major accomplishment, and it should be advertised. A big hire can bring a great deal of credibility to an organization. Whether it’s a press release, an event, or a gathering of staff, tout the big coup, explain why this person was hired and what he or she will bring to the organization, and introduce him or her to the staff. 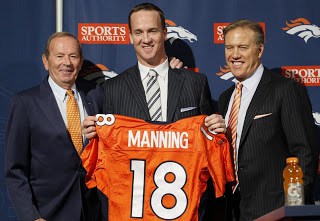 2. A rock star must be surrounded by talent

Even the best rock star needs an entourage. One person can never be expected to do all the heavy lifting. It’s critical that a strong, supportive staff is in place to help shoulder the burden. A great example of this occurred when the Texas Rangers signed shortstop Alex Rodriguez to a record contract in 2001. Because of all the resources the team exhausted in inking the mega-deal, there wasn’t much left to dole out to other players, and quality suffered… big-time. After a few years, Rodriguez grew tired of playing for a poor team and signed another huge deal with the Yankees. The Rangers rebuilt their farm system, focused on less expensive players, and have been one of the top teams in baseball for the past several years. Perhaps they learned their lesson.

3. Be prepared to ride out a slump

There are a number of reasons why a rock star might stumble of the gate — maybe the stakes are too high, there are politics to sort out, or there’s simply a learning curve. Similarly, even a top producer can experience a slump. But what separates a rock star from the pack is the ability to work through challenges and emerge smarter, stronger, and more confident. A great player will find a way to break out of a slump, and a great leader will step back and let that happen.

When you bring a big-time player to the team, you’re shaking things up. Meetings will be run differently, challenges will be approached differently, and roles will change. Perhaps most importantly, everyone is going to have to step out of their comfort zones. This can be a very tough sell to the staff, but chances are, if a rock star has been brought in, it’s because changes are long overdue.

It takes a great deal of courage and forward-thinking to hire a rock star, but bringing them in the door is merely the first step. In order to reap the benefits of having a new voice and a new direction, leadership has to stand behind the rock star and hand over the microphone.

I wish things had turned out differently at my former company. It could’ve been a heck of a show.